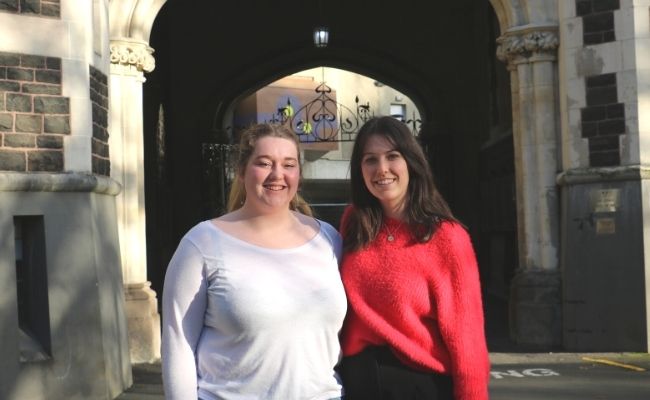 Jess Clarke and Bethany Cook are looking forward to performing in the musical about Kate Sheppard.

What do you get when you cross the woman on the ten dollar note and punk rock? A musical of course.

That Bloody Woman is the story of Kate Sheppard and her pursuit to gain votes for women in 20th Century New Zealand. The show is staged as a rock concert for Kate and her ‘gang’ to tell the story of New Zealand’s own suffrage movement and echoes modern feminist struggles. It’s a cause which Otago students are supporting from the stage.

Bachelor of Performing Arts student Jess Clarke is portraying the role of historical figure Ada Wells and says landing the role has been hugely important to her.

“This show is not only about women’s suffrage - but New Zealand Women’s Suffrage and it is amazing. My minor is in history so I’ve learned a lot about the suffragists, suffragettes and second wave feminism. I love that I get to combine my University knowledge with my passion for musical theatre.”

“I personally like a show with a history component. What gets me about this show is the fact it’s feminist history, I get to be in it and it’s rock music.”

Bethany Cook, who is in her final year of a Bachelor of Arts and Science degree, says the show has been on her wish list for a few years.

“I’m really excited to be doing this show. I saw it as 16-year-old with no idea what feminism meant and it blew my mind. I begged my mum to take me to see it again. It’s rewarding to now be a part of it as someone who has a stronger idea on what feminism means.”

“When I saw it on the national tour it had a very small cast so it’s exciting now to get to build it with a larger ensemble. I’m excited to be part of reimagining it and the chance to get angry about my own experiences for a good cause.” 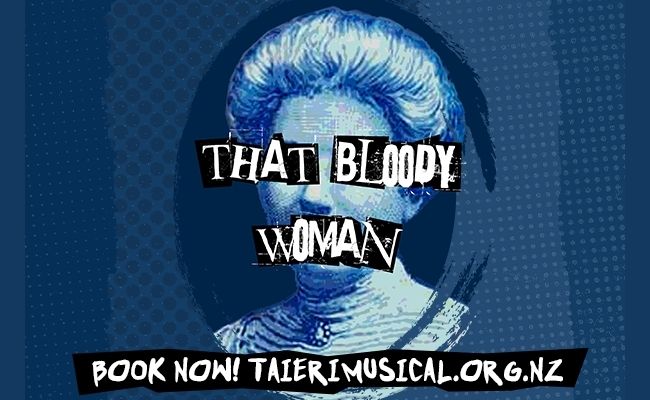 That Bloody Woman was written by Luke Di Somma and Gregory Cooper and originally made its Dunedin debut in 2015 during the nation-wide tour. The 2021 version will be staged by Taieri Musical Society in July at The Mayfair and will run for eight shows only, this time with an all-Dunedin cast. A half-price student discount is on offer for one night only on July 27th.