In search of Cromwell in Cromwell 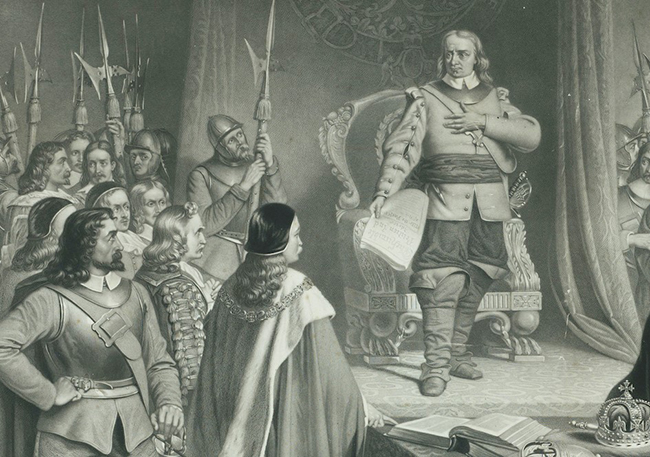 In the first instalment of the Cromwell Museum’s Winter Lecture Series, McLean delivered a presentation on 27 June entitled “In Search of Cromwell: The Legacy of a Forgotten Painting.”

In the lecture, McLean described his purchase in 2019 at a Dunedin auction of a large Victorian engraved print, featuring the English soldier and statesman Oliver Cromwell (1599-1658). 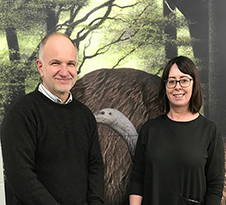 The print, entitled Cromwell Refusing the Crown of England, (above) was made after an 1859 painting by Thomas Herbert Maguire.

“While Maguire’s painting is all but forgotten today, it was one of the most celebrated images of its time. This engraving of it had somehow made its way to New Zealand, and it made me wonder: why would someone in New Zealand want an enormous image of Oliver Cromwell hanging in their house?”

The answer, at least in part, shows how little thing change. The Victorians were fascinated by the English Civil Wars, producing an enormous corpus of historical art, erecting monuments, and naming numerous places (like Cromwell and Naseby) after figures and events from the time.

McLean says this has parallels with the contemporary interest in biopics or Netflix series about notable historical events or figures.

But examining art from the period leads to an inevitable reappraisal: James Cook’s arrival is now evaluated in the context of the following colonial era, and Cromwell – leader of the Parliamentarians’ brutal campaign in Ireland – is once again seen as a divisive figure.

His Victorian-era fame endured because of advancements in print technology that allowed Maguire’s painting, and many similar representations of powerful figures, to remain in Britain while their images became ubiquitous across the British Empire.

McLean also discussed how the print led to his own global journey.

“Researching the print and painting led me all the way to Halifax in Yorkshire, where Maguire’s now-missing painting was last exhibited, as well as to Los Angeles and Sydney, to examine documents related to the painting.”

Finally, McLean discussed New Zealand’s own ambivalent engagement with Cromwell and his legacy.

“Older New Zealanders might well know that place names such as Cromwell, Naseby, and Hampden are a record of a nineteenth-century fascination with seventeenth-century events. Younger New Zealanders seem less aware of the historical detail, but more concerned with the implications of such names. It’ll be interesting to see if, going forward, we decide to embrace these associations or let them go.”

About: Thomas McLean is Associate Professor in English at the University of Otago and previous president of the Dunedin Public Art Gallery Society. He is the author of The Other East and Nineteenth-Century British Literature: Imagining Poland and the Russian Empire (2012), editor of Further Letters of Joanna Baillie (2010), and co-editor of a new edition of Jane Porter’s 1803 novel Thaddeus of Warsaw (2019). He writes regularly on art, literature, and migration, most recently for the Los Angeles Review of Books.