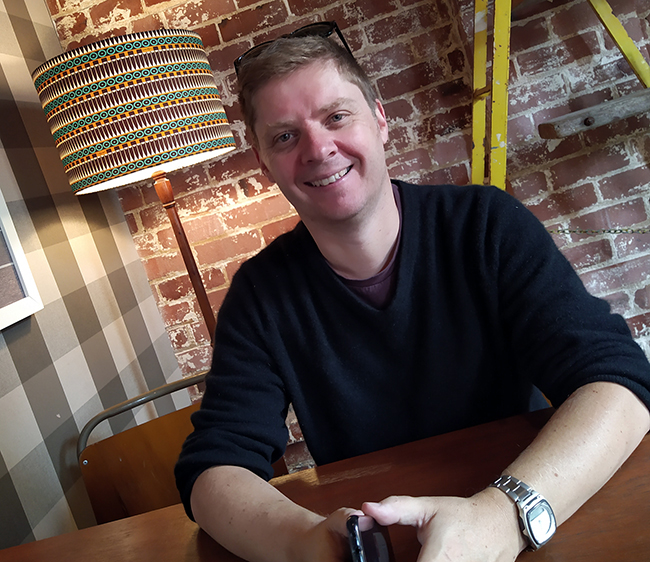 James Courage Diaries, a new book edited by Gender Studies Professor Chris Brickell, will be launched by publisher Otago University Press on August 25. Professor Brickell edited selections from diary entries made by the UK-based New Zealand writer between 1920 and 1963.

Professor Brickell explains why he took on the project on one of our most "important, but often overlooked" literary pioneers.

James Courage Diaries is an edited collection of the personal writing of James Courage, a New Zealand author who moved to London as a young man. He later wrote A Way of Love, the first gay novel by a New Zealander to be published. It would be banned here in 1962. Many of his other novels were set in New Zealand, and deal with the difficulties of family relationships that take shape in the dramatic landscapes of inland Canterbury. James Courage Diaries includes a substantial biographical essay too.

Why did you undertake the project?

I first read Courage's diaries in 2005, when I was working on a book on New Zealand's gay history, and I wanted to give his life writing a more substantial treatment. Courage writes on a range of topics, all of them eloquently: the cultural life of Canterbury and London between the 1920s and the 1960s, the sensations of travel, the horrors of war, what it was like to be a gay author, and what it meant to suffer from depression in the era of Freudian psychotherapy.

How was Courage’s work received?

Courage's work was moderately well received, especially in the UK. New Zealand's critics were harder on him (though Frank Sargeson spoke highly of Courage's short stories). His openly homosexual play, Private History, was warmly received in bohemian London circles during the late 1930s. Many gay readers loved A Way of Love, from 1959, recognising themselves in his characters. His other novels often included characters based on his friends and family members: his brother John appeared in The Call Home as a would-be Lothario who was mightily fond of drink. John thought the portrayal hilarious.

I hope this book makes people think about . . .

In his diaries Courage talks about what writing is like - including the stumbling blocks and many rejections. That is something every academic deals with. And what does it mean to be a writer? A gay writer? A New Zealand writer? His autobiographical works also invites us to look at what has changed in our society and what hasn't. His writing about the Blitz, with a sense of being trapped by an external adversary, speaks to life with Covid restrictions - so there are some interesting parallels between the past and the present.

You want to read about an important but often overlooked New Zealand author who writes frankly, perceptively and readably about culture, sexuality, travel, New Zealandness, and overcoming social censure.