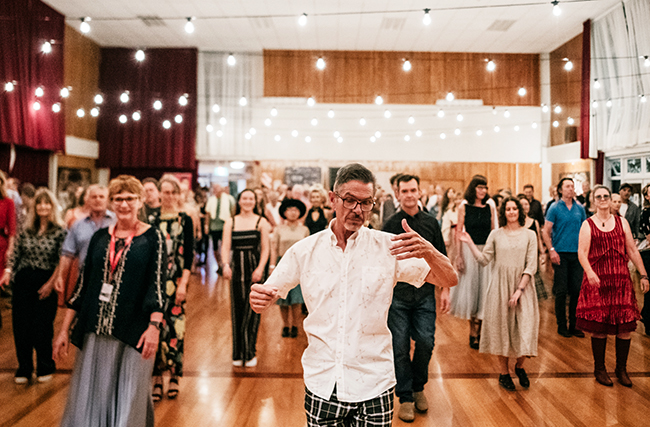 The University of Otago’s 2022 Arts Fellows’ projects will explore a wide range of topics with a common thread; understanding and embracing diversity.

The 2022 Robert Burns Fellow is Albert Belz; Sean Donnelly is the Mozart Fellow; Michael Parmenter is the Caroline Plummer Fellow in Community Dance; Swapna Haddow is the University of Otago College of Education Creative New Zealand Children’s Writer in Residence Fellow, and Sorawit Songsataya has received the Frances Hodgkins Fellowship.

Division of Humanities Pro-Vice-Chancellor Professor Jessica Palmer says applicants were chosen from a highly competitive field because their projects would enrich art and culture locally and nationally.

“Through these fellowships, Otago has the privilege of supporting artists to explore pressing social issues and to create expressions of cultural value and importance. I know we will benefit from their presence in our community, as will the wider public,” Professor Palmer says.

The Fellows receive a stipend for between six months and one year and space at Otago’s Dunedin campus to pursue their creative projects. Past Fellows have created dance performances featuring local community members, orchestral compositions, poetry, novels and children’s books during their tenure.

His work grapples with “class, gender, sexual politics, sex, religion, rock’n’roll, rhythm’n’black and all the stuff that makes us crazy”. 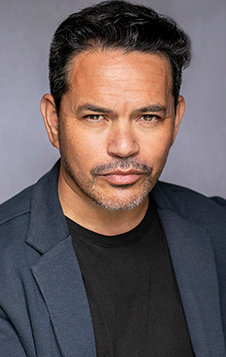 Albert has acted in numerous productions in Aotearoa and Australia and appeared in television shows such as Hercules, Rip Girls and Shortland Street. While he still “enjoys the opportunity to tread the boards”, he now focuses more on writing for theatre.

He is looking forward to being in Dunedin and having an immersive writing experience.

During the Fellowship, he will work on two projects examining themes including religion, the cult of personality, identity and sovereignty.

Belz says he was “snoring away through another Olympic track and field event” when news of his Fellowship came through.

“Somebody was trying to jump higher than somebody else, and there wasn’t even a ball involved – weird. Then I got the phone call, heard the news and leapt four metres in the air with joy. Suck eggs GIanmarco Tamberi and Mutaz Barshim.”

Belz won the 2006 Bruce Mason Award for Best Up-And-Coming New Zealand Playwright, and the 2006 Best Overall Production, Most Original New Play and Best New, New Zealand Play at the Chapman Tripp Theatre Awards. In 2017 he was the Cradle Song Winner of the Adam Playreading Award. His latest play, Astroman, has been produced by the Melbourne Theatre Company, Court Theatre and the Auckland Theatre Company. Belz was also creator and head-writer on the Māori comedy series Tongue Tied, which screened on Māori Television in 2018. This year his work can be seen on the second series of Head High for TV3.

He has also worked as a creative writing lecturer, tutor and mentor, and recently enjoyed lecturing in performing arts and writing at Manukau Institute of Technology and South Seas Film School.

“The very nature of teaching works the writing brain and keeps it fizzing. Being in the company of young people helps keep my work relevant (I hope) as I attempt to tap into what they’re talking about and their concerns. Not surprisingly, they are similar to what concerned people my age back in the day – though it was communicated differently.”

Under the stage name SJD, Sean has released eight albums prized for their originality and expansive exploration of several genres. He has composed soundtracks for many of New Zealand’s leading film and television productions, producing traditional and experimental acoustic work, and since the 1990s has frequently performed live. 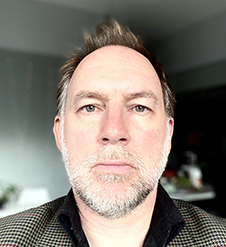 His new, full-length album, entitled Sweetheart, is due for release in October.

During the Fellowship, Donnelly hopes to explore and subvert “some of the cheesier areas of popular music”, including concept albums, rock operas, and “big dumb pop songs”.

“I’m always secretly trying to make a banger or something that functions like a banger (even if it sounds more like a fizzer). I like to delve into pure pop but try to make it less cheesy and more emotionally direct and honest. Music and composition are all about finding stories to tell – especially about this peculiar little corner of the world we inhabit.”

He was “absolutely over the moon, humbled and blown away in equal measure” when he learned he’d received the Mozart Fellowship.

“I’m really looking forward to being able to give myself over fully to making new music, be it weird, off-putting or even accidentally universal. It will be so great not to have to take my eyes off whatever I’m having a moment with. I’m also keen on improving my skills, plus of course, making a truckload of music and a truckload of new friends.”

Parmenter studied dance in New York in the 1980s before forming the dance company Commotion in 1990, performing notable works including the dance opera Jerusalem. 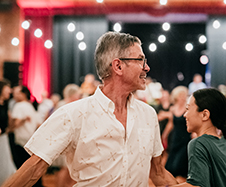 He was 2010 Arts Foundation Laurette and his choreographic credits include work for Footnote Dance Company, the Royal New Zealand Ballet and the New Zealand Dance Company. His recent work includes dance opera OrphEus, which premiered at the 2018 Auckland Arts Festival. He has taught at the New Zealand School of Dance and UNITEC.

“I also intend to undertake a personal research project examining our own folk/social dance tradition. The historical resources of the Hocken Collections and the studio space available will enable me to undertake a unique conflation of academic and somatic research.”

Returning to the city of his birth, where he first started dance, will feed into research on how identity informs creativity.

“Through the Fellowship I’ll be able to examine personally, and culturally, the question of origins. While my specific intention is to conjecture what a folk/social dance form appropriate to Aotearoa New Zealand in the 21st century might be, this must be done within the context of an awareness of where we come from. Spending time in Dunedin will give me a wonderful pivot point from which to situate this ‘from-to’ perspective.”

“When I first returned to Dunedin in the mid-70s, I was a confused and disturbed teenager, and during my time at university I certainly didn’t fulfil my potential. I am very excited by the prospect of returning to the University of Otago at a time where my life experience in dance and my academic career is cohering in an exciting new direction.”

Haddow’s titles have been released through premier New Zealand and international publishers, including Pan MacMillan, Faber and Faber, and Oxford University Press. 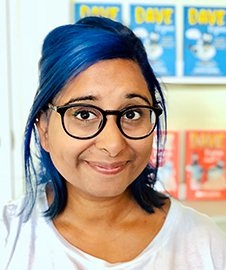 During the Fellowship Haddow plans to write an “action-packed heist, full of humour, aimed at middle-grade readers.”

“Inspired by my recent Storylines tour, the story will be set in Auckland and feature a diverse cast, with strong themes of friendship and sisterhood. It’ll be my biggest project to date, so I am glad that with the Fellowship I will have space to research, the time to invest in my characters and the support to write a thought-provoking story.”

The book will highlight aspects of Indian culture and feature humour and female protagonists that will resonate with young people and diverse groups in Aotearoa, and internationally.

Haddow is looking forward to having the time and space to concentrate on writing a book she is “deeply passionate about.”

“I have been writing professionally for the best part of a decade and I recognise what a privilege it is to have the financial support of the Fellowship to continue to do that. I am so grateful that in the six months I am Children’s Writer in Residence, I will be able to push my creativity and stretch my writing skills.

“I’m also excited to be an ambassador for children’s books, within a UNESCO City of Literature no less, and I hope this means meeting lots of brilliant authors and illustrators in this wonderfully creative city. The previous Fellows are all writing heroes of mine and I hope I can live up to the extremely high bar they’ve set and do the Fellowship justice.” 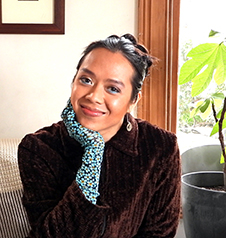 These weighty themes are often lightened by the inclusion of provocative or whimsical pop culture elements. As well as challenging narratives, Songsataya’s work embraces visually stimulating elements such as moving images and sculpture within installation pieces or has incorporated digital and tactile media to promote audience engagement.

Their proposed Fellowship project will follow this format, and Sorawit will conduct a research-based investigation of locally situated themes (the kotuku, white heron) and material (Oamaru limestone), which blends sculptural and digital media, including LED holography, animation and stone carving.

“The project will build on a collection of footage of the bird I recorded in 2020. Similarly, with the limestone, it will be a continuation in exploring carving techniques and material properties. Weight and weightlessness, stasis and mobility are some of the attributes that I would study and expand from these two key subject areas.”

The Fellowship will afford time and space to break down and analyse ideas before incorporating them “in new forms.”

“I also hope to introduce myself and develop a way to build a reciprocal relationship with mana whenua and kaitiaki of a few specific places in Te Wai Pounamu. Certain animals, plants and locations that I would be learning carry cultural meanings and protocols that are important to Māori. Therefore, I would like to approach and honour these the right way and with the utmost care and respect.”