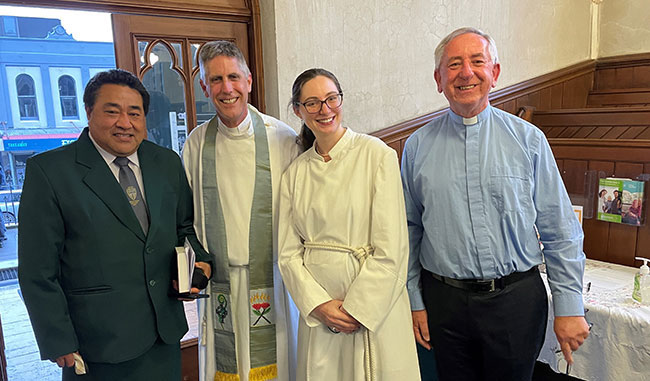 In mid-November the Theology programme celebrated its 75th year with a special church service and social event.

On 14 November a special commemorative service – led by staff and students and the Rev Dr Kerry Enright, Senior Minister of Knox Church - was held at Dunedin’s Knox Church.

The next evening staff, students, alumni and senior staff from around the University held a formal celebration at the Dunedin campus Staff Club. 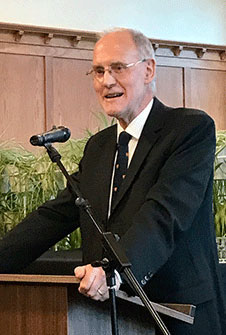 Despite its close association with Otago’s Presbyterian Free Church Scottish settlers, the University was nearly seven decades old by the time it offered a Bachelor of Divinity degree in 1946.

Courses were taught by academic staff from the Presbyterian, Anglican and Churches of Christ colleges. A new Faculty of Theology was created, and churches continued to pay staff salaries, with classes held in the colleges. As this was New Zealand’s only university-based theology programme, the faculty also offered extramural programmes to students from all over the country.

An undergraduate Bachelor of Theology was introduced in 1972, with classes held at Knox College and Holy Cross College in Mosgiel. Some classes moved on to the Dunedin campus in 1985. In 1991, when the government introduced EFTS-based funding, the university began paying the salaries of faculty staff (the churches continued to pay for the non-university parts of their employment) and also made a bigger contribution to the costs of the colleges’ teaching facilities. A formal agreement was signed between the university, the Presbyterian Church and the Catholic bishops in 1992.
Following a review in 1995, the Faculty of Theology was merged with the Department of Religious Studies, and in 1997 the Department of Theology and Religion came into being. The two programmes separated again 2019.

Theology Head of Programme Professor Chris Holmes (right) gave a precis of Theology from 1997 to the present, and noted the role of Gerald Pillay as 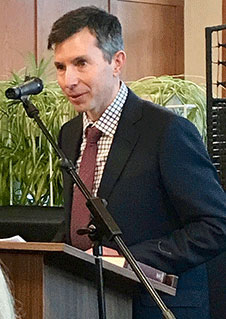 Foundation Professor of Theological Studies, and Theology’s efforts to gain and maintain the confidence of the Churches from a wide ecumenical reach: from “Baptist to Catholic, Presbyterian to Pentecostal, as well as ‘newer’ churches like Equippers and Arise.”

Professor Holmes said hallmarks of the last 25 years was the internally recognized theological scholarship, deep ecumenical relationships and numerous partnerships with churches and other colleges.

Theological studies at Otago were characterised by cultural diversity, as evidenced by the number of Māori and Pacific postgraduate students, and the variety of programmes offered, including Theology, Ministry, Biblical studies, Chaplaincy, Faith-based Leadership and Management as well as recently added courses in Māori theology.