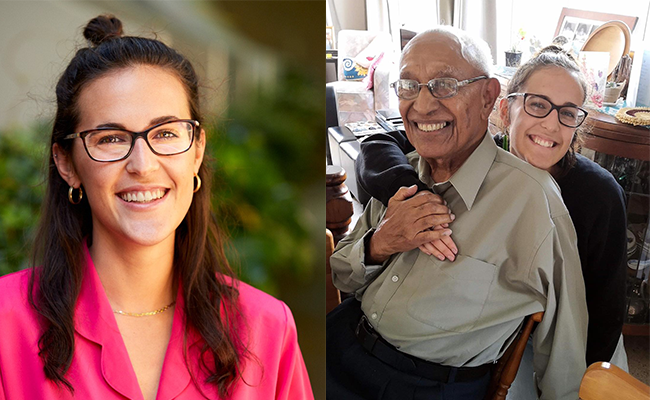 University of Otago graduand Mikaela Sotutu has spent months as a research assistant collating a list of Pacific graduates in the Centre for Theology and Public Issues.

She will be 97th on that list when she receives her Bachelor of Theology with Honours tomorrow.

“The heart behind it was to show that actually there’s been a lot of Pacific engagement and success in theology,” Mikaela says. "I think people knew that was the case but there was no record of it. It was cool to be able to crunch the numbers.”

Mikaela worked on the project remotely while on the beach in the far north of New Zealand between November and January. She was given a list of theology alumni and if their ethnic background was not volunteered, she attempted to identify anyone who seemed to have a name from the Pacific Islands. From there, she researched the alumni and their achievements.

One thing she found particularly challenging, especially with the older graduates, was the lack of information about them online.

“It was one of those things where we attempted to be as thorough as we could given the limitations and resourcing that we had on hand, but we could only work with the information we had. I am hoping this will be used as something to grow off and add to in the future, rather than being a finalised done-and-dusted thing.”

Mikaela studied theology so her faith could be formed “more robustly” and appreciated being able to tailor her papers to examine things from a Fijian perspective, which linked to her whakapapa.

Her grandfather, who was the chief of a village in Fiji, recently died and she has been thinking about his legacy, what her Fijian connections mean to her, and how she can maintain that going into adulthood without him."One of the lasting impressions from his funeral was that he lived a life worth celebrating."

The importance of legacy was also stressed to her during her research. While some of the alumni had achieved great things and accolades like the Queen’s Service Medals, Mikaela was just as struck by others who dedicated their lives to humbly serving their small parishes.

“They may not have made big ripples in the obvious ways, but I like to think that their consistency and service has made an effect which might be understated but is no doubt still profound.”

Mikaela found her studies “immensely formational” and shaped who she is and what she does. She hopes to encourage other members of the Pacific community to study at Otago.

“If people are thinking about legacy, then it’s pretty clear that plenty of people who have graduated with a Theology degree have done just that.”