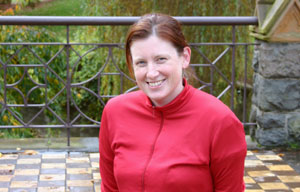 Megan Anderson, who represented New Zealand in the Under 21 netball team that won the 1992 World Championships, was the first student at the University of Otago to receive a Bachelor of Arts Degree majoring in Sociology.

Megan has had a long association with Otago netball and basketball but more recently she pursued her academic interests completing her BA majoring in Sociology and, half a year later, her Bachelor of Laws (Honours). She is now working for the Ministry of Justice.

Megan was also one of the first students to take Sociology papers when they became available in 2002. Along with other members of that class, who were also enthusiastic about what sociology could offer, she helped drive the move to its introduction as a major subject in 2005.

“It’s such a wonderful subject, you start developing a strong theoretical basis and then apply this to a range of relevant case studies. Sociology is all about groups of people and how they behave. Students can choose their own case studies, which have included topics like boy racers and teenage pregnancy.”

“I have found that the analytical and interpretative approach in sociology is the perfect complement to a law degree and to the practice of law.”

“I would recommend Sociology as a subject to anyone. It can be challenging and offers you the chance to start questioning what’s taken for granted in society, and the support you get from the staff in Sociology is fantastic.”