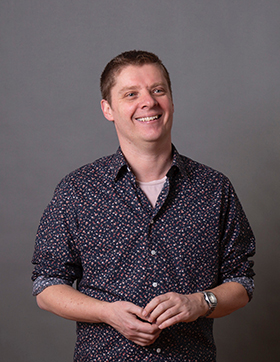 Professor Chris Brickell’s research may investigate the historical context of Gender Studies, but his teaching is responsive to the changing world.

“I can turn up to lectures with a news story I downloaded this morning or a picture I took on my phone the day before and there are issues to discuss,” says Chris.

“Debates about men’s and women’s lives and relationships are very current. They’re played out in the media every day.”

“And because students are immersed in this visual and cultural world themselves we can bring into class things that they are experiencing day to day – it makes it really relevant to them.”

Chris first became interested in the subject at high school, but it was only during his Sociology degree that universities began to pick up on the emerging international interest in gender as a study topic.

“It’s quite intriguing to think of it as such a recent intellectual interest. Now we look at men’s lives as much as we did women’s lives.”

“The whole subject has shifted a bit in looking more at gender as a social phenomenon — not just women or just men but much more looking at both and the relationships between them.”

“If you’re going to be looking at relationships you need to look at both sides of the equation.”

Chris’s recent book, Teenagers: The Rise of Youth Culture in New Zealand, explored the lives of young men and women in a world shaped by work and schooling, changing social values and new technologies.

“Researching history you get a sense you’re doing detective work unearthing a hidden world and piecing things together. The tougher the research task the more exciting it is when you find something you didn’t know was there.”