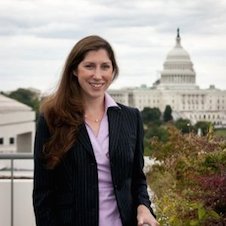 Jenifer Lamie credits her Otago Master of International Studies (MIntSt) degree with broadening her interests and leading her to an exciting, challenging study path. After graduating with her Master of International Studies degree at Otago, Jenifer returned home to the USA to study law. She gained her Juris Doctor followed by her Master of Laws (LL.M.) in Space, Cyber and Telecommunications Law and is currently on commission with the United States Army, working in international and operational law.

Jenifer talks about Otago and the Master of International Studies degree below.

Why did you come to Otago?

I had always wanted to visit New Zealand and thought it would be a great place to live for a while. Before coming to Otago I had completed a Bachelor of Arts with a double major in Philosophy and Psychology after which I worked as an Art teacher in Connecticut and later taught English in Japan.

I came to Otago to study because I loved the multi-disciplinarity of the MIntSt degree. Also, the more research I did on universities in New Zealand, the more Otago stood out both in terms of reputation and the natural beauty of the area.

What was the Master of International Studies (MIntSt) like?

I loved the papers in the programme, they were so well organised and I really liked how heads of department were themselves involved in teaching aspects of the course.

When I began the MIntSt I had already spent 4 years in higher education but The Global Economy paper was the most challenging course I have ever done. The paper was very complicated, very technical and intellectually stimulating. The International Legal Issues reignited my desire to attend law school. The law of the sea and how international law develops were some areas that I found especially interesting.

What would you say to prospective MIntSt students?

I would absolutely recommend the MIntSt. It’s a degree that you can use in a number of different areas such as international studies, government studies, economics and history. It could lead you to another advanced degree or to a career in and of itself.

The MIntSt doesn’t narrow your possibilities, it broadens them. It gives you a lot of practical skills. A lot of my classmates used their MIntSt to go directly into a job, and I used it as a stepping-stone to study law. I am now in a career that I love.