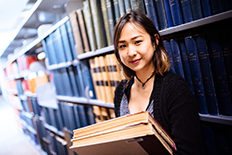 Nicole Chuah grew up in Auckland but chose Otago for her undergraduate studies.

“People say your university years are supposed to be the best ones ever, so it had to be somewhere I knew wouldn’t disappoint.

“Otago appealed for its ideal mix of academic and social activities and Dunedin has all the right kinds of student town vibes.”

She tried out a variety of subjects in her first year. “I didn’t know what I wanted to do, but after my first year I knew what I didn’t. So I made the decision to choose a new course and it’s been good.”

Changing to a BA in philosophy, politics and economics (PHPE) has worked for Nicole. “PHPE has three different disciplines, which I like for the variety, and they mesh together well.”

Otago has delivered socially as well as academically. “Everyone is a potential friend down here and there’s a really warm atmosphere. It’s such a vibrant, chill place.

”We have professors from all over the world who could teach and live in the coolest cities and they’ve chosen Dunedin, which is comparatively tiny, all the way down here.”

This year Nicole will be doing a semester on exchange in California. “To be able to pay domestic tuition fees while studying somewhere else in the world is great.

“It’ll be different living in a country as opposed to travelling there as a tourist. And I’ll get to live and study there. How amazing is that?”

After a summer spent backpacking in South-East Asia, Nicole is ready for the future, hopefully with fewer mosquitoes.

“I don’t like to plan too far ahead, but I’d like to continue with postgraduate study and see more places — travel gives you experiences that open up your world.”