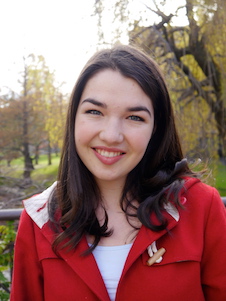 I had taken Chinese and French for my five years at high school so was able to begin the Chinese programme with the second year papers. I was very impressed by the Otago students who had caught up after only a year’s study, which is a testament to the quality of the language programme.

I greatly appreciated and grew from the culture papers that were compulsory in my major. I learned about Chinese civilisation, modern literature, cinema and popular cultures - all providing a very necessary context and frame of reference to my language studies.

Studying Chinese at the University of Otago presented me with many standout moments: in a literature paper, while discussing a short story set during the Cultural Revolution, my lecturer began to discuss her own experiences at that time as a student sent to the countryside. Another was a video-conference arranged with the makers of a recent Chinese documentary, students could ask them questions about the documentary and learn about the filmmakers experience.

I found my Chinese studies to be complementary to my Economics major. In assignments I frequently encountered crossovers; from incorporating economic concepts into Chinese essays, or evaluating NZ’s free trade agreement with China with a more nuanced understanding of the latter.

After graduation, I received the Prime Minister’s Scholarship to Asia, which fully funded postgraduate study in China. During the six months between finishing at Otago and starting in China, I worked at a translation company in Christchurch. Using Chinese in a professional role for the first time was stimulating, and I greatly enjoyed this role. It also heightened my awareness of the significance of Chinese for New Zealand businesses.

Following the attainment of my MA, I hope to work for the Ministry of Foreign Affairs and Trade as a foreign policy officer. Studying Chinese has truly provided me with a wealth of opportunities and will ensure my working life will be filled with varied and fascinating challenges.

Department of Languages and Cultures