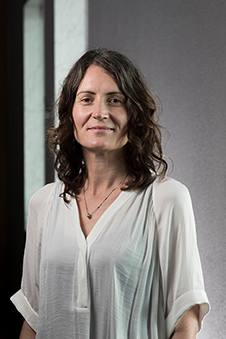 Frances specialises in the history of the Pacific world, with a particular focus on colonial networks, oceanic mobilities and transnational labour cultures. She has an ongoing interest in the interlinked colonial histories of New Zealand, Australia and the United States in the Pacific and their unfolding implications.

Her first book, Oceania under Steam (Manchester University Press, 2011), examined transformations in the western Pacific following the advent of timetabled shipping and the new forms of industrial labour and regional mobility in its wake. Frances’ interest in oceanic connections also led to the edited collection, New Zealand and the Sea: Historical Perspectives (Bridget Williams Books, 2018). She has published widely on colonial histories of cruise tourism, and on cultures of service labour, including the jointly-authored book, Colonialism and Male Domestic Service across the Asia Pacific (Bloomsbury, 2019). Her article in History Australia on servant mobilities between Fiji and New Zealand was awarded the Marian Quartly Prize in 2019.

Frances is currently working on a book that approaches British and American imperialisms in the Pacific through transpacific steamship and aviation routes and inter-island mobilities. It considers how these networks channelled interdependence, conflict and friction both across the Pacific and more widely within the Anglo-world. She is also developing a project on refrigeration and colonial food trades in the Pacific, which explores interrelated themes of climate control and changing patterns of production and consumption.

Her research has been supported by grants from the Australian Research Council and the National Library of Australia.

Frances is currently co-editor (with Associate Professor Ryan Tucker Jones, University of Oregon) of the Journal of Pacific History.

She also serves on the editorial boards of: