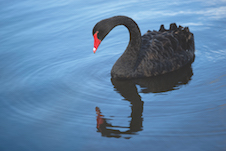 Critical thinking for a complex world

Philosophy provides a tool kit to critically engage with difficult and important questions. It seems that some actions are right and others are wrong but it is difficult to explain if this is because one produces better outcomes or the other respects humanity. It seems that some scientific claims are almost certainly true, but a crucial element of the success of science is its willingness to revise its claims in light of new evidence. It seems that there is little more to our brains than complex neural networks but how do these networks generate intense feelings?

Discussing these abstract problems develops the philosophical tools necessary to deal with practical problems, such as whether an unpopular theory should be accepted, or to what extent we can appeal to common sense when arguing about a radical claim. In grappling with these issues philosophers seek to build a well-grounded picture of the world and of human life. The key skill for a philosopher is the ability to construct and dissect arguments, so a central part of all philosophy is training in clear and effective reasoning.

The Core philosophical disciplines focus on the nature of reasoning, knowledge and existence. But philosophical issues arise in many disciplines and professions (including law, medicine, business and science, among others).

The Philosophy Department at Otago University has an outstanding reputation for research, in a country known internationally for its strength in philosophy. In the 2012 New Zealand Performance Based Research Fund Quality Evaluation, we were the highest scoring philosophy department in the country, and the second highest department in any discipline. Our research strengths include metaphysics, epistemology, ethical theory, philosophy of science, philosophical logic, early modern philosophy, philosophy of language and mind.

The Department has a friendly and open atmosphere in which staff and postgraduate students regularly socialise. We are an active community – we have a steady stream of visitors from overseas to our weekly seminar programme, so that students have the chance to meet and hear papers by a wide range of leading philosophers. Our undergraduate Philosophy Club meets monthly for pizza and philosophical discussion.

Philosophy can be studied at all levels (BA, BA Hons, MA and, PhD). It may be taken either as a major or a minor in a BA. Some philosophy papers can be taken as science subjects and Critical Thinking (PHIL 105) may be taken as a Humanities, Science or Commerce course. Many students choose to add philosophy to their skill set by doing a double major or double degree such as BA/ LLB, BA/BSc or BA/BCom. Philosophy forms part of the interdisciplinary PPE (Philosophy, Politics and Economics) Arts major. It also may be taken as part of a new degree, the Bachelor of Arts and Science (BASc), which provides the competitive advantage of a double degree in arts and science in a much shorter time frame.

What would my career prospects be?

Many surveys of salary by degree only look at salary after a few years of graduation, which can be misleading. A survey of 1.2 million degree holders by PayScale, Inc., cited in the Wall Street Journal, shows that Philosophy majors increase their starting salary by 103.5% after 10 years, an equal best with mathematics among all majors. The overall mid career salary for a philosophy major at the 75th percentile is 127,000 U.S. dollars, 9th among all 50 majors surveyed.
Find the survey by searching ‘Degrees_that_Pay_you_Back’

Philosophy gives you a unique mix of analytical and literary skills that are highly sought after by employers whether you are pursuing a career in academia or elsewhere.
A recent destinations survey showed that our graduates live in cities across the world such as Vienna, London, Frankfurt, Vancouver, Berlin, Singapore, New Orleans, and all
over New Zealand and Australia. See the placements of some of our recent students at otago.ac.nz/philosophy-placements