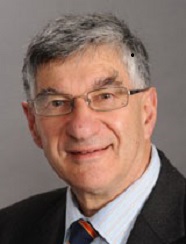 A new study which found Kiwis do not consider the potential impact of their food choices on their cholesterol levels is worrying according to a leading academic expert.

Ministry of Health statistics,1,2 show approximately one in four New Zealand adults need to manage their cholesterol levels for their heart health.

But a new study* has shown that almost half of Kiwis don't take into account how their diet could be impacting their cholesterol levels.

Cholesterol is a waxy substance found in blood. While it is needed to build healthy cells, elevated cholesterol can impact heart health.

The research found that four in ten adults get themselves tested regularly and nearly two thirds of Kiwis have high cholesterol, or know someone who has high cholesterol.

The survey also showed that around half (47%) of respondents said they do not consider the potential impact of their food choices on their cholesterol levels.

Professor in Human Nutrition and Medicine at Otago University Dr Jim Mann says this is a concern.

“The really interesting thing is while a significant proportion of New Zealanders in the recommended age group are getting their cholesterol measured, the problem is they’re not doing anything about it,” he says.

More than half (57%) of respondents in the study said they knew the difference between good (HDL) and bad (LDL) cholesterol.

“I think it's good to know the difference between good and bad cholesterol but I don’t think that is the critical thing in the public health message at all. It's more important that we persuade Kiwis that it's worth them actually doing something about their cholesterol,” says Professor Mann.

“Cholesterol remains an incredibly important determinate of heart health and it always has been and still is, and although there are a number of other contributing factors identified it has not diminished the importance of cholesterol.

“There is a role for a range of other modifications including increasing polyunsaturated fats, dietary fibre, and plant sterols, all of these dietary factors can influence cholesterol levels,” he says.

The study showed that for the remaining six in ten Kiwis who don’t have their cholesterol levels monitored every two years, complacency and a general lack of understanding of the factors influencing cholesterol levels were primary reasons for not getting tested.

A quarter of these Kiwis say they have never thought about having their cholesterol tested, a fifth (21%) said their doctors had not suggested they be checked, while others felt maintaining a healthy diet (18%) and lifestyle (17%) or a lack of family history of high cholesterol (13%) alone was sufficient.

Plant sterols are known to naturally lower cholesterol by reducing the absorption of bad cholesterol in the digestive system. They are found in a variety of foods like grains, vegetables, fruit, nuts and seeds but only in very small quantities.

Professor of Nutrition at the University of South Australia and lead researcher for the clinical trial Dr Peter Clifton says while increasing your intake of plant sterols is one of the most effective dietary measures to lower cholesterol, getting sufficient amounts in plant foods alone can be difficult.

“The latest Weet-Bix cereal is the most innovative cholesterol lowering product I’ve seen in 15 years – it’s easy, convenient and proven to work. Breakfast is an essential part of every diet, so combining the cholesterol-lowering properties of plant sterols into a cereal product is a truly clever solution to one of the biggest health challenges we face in our busy, modern lives,” he says.

The general manager of Sanitarium NZ, Rob Scoines, says the company is dedicated to improving the lives of Kiwis through better nutrition.

He says maintaining good heart health is one of the most important considerations for making a significant and positive impact on the long-term wellbeing of New Zealanders.

“We commissioned the New Zealand research to help us better understand Kiwis attitudes towards their cholesterol levels as well as any barriers that were preventing them from getting checked regularly.

“We are committed to investing in innovative food solutions which will make a real difference in the lives of thousands of Kiwis managing their cholesterol. Weet-Bix Cholesterol Lowering is a convenient way for consumers to effectively take charge of their heart health,” he says.