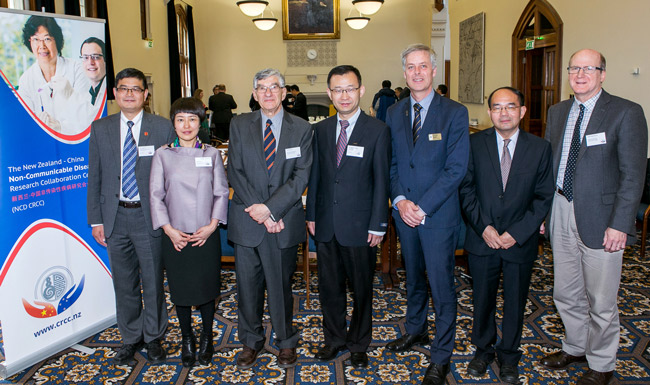 The agreement will foster closer cooperation in research addressing non-communicable diseases (NCDs) in areas such as diabetes, heart disease, and neurological disorders such as Alzheimer's.

"New Zealand is a small country, but one that has paved the way in learning from its experiences in attempts to prevent and treat NCDs ..."

Two of the four MoUs also involve the Brain Research NZ, a Centre of Research Excellence, jointly hosted by Auckland and Otago Universities.

Otago's Professor Jim Mann, who heads the NCD CRCC, says the agreements also allow the collaborating partners to draw on the support of researchers throughout three of the New Zealand's government-mandated National Science Challenges: "A Better Start", Healthier Lives," and "Ageing Well".

"New Zealand is a small country, but one that has paved the way in learning from its experiences in attempts to prevent and treat NCDs, which are now emerging as a pressing health burden for many other countries, especially those such as China.

"Both their people and those of our own nation face a significant task in preventing and treating NCDs, which are poised to take a growing toll of premature death and ill health in both nations.

"Our strengthening collaborations will allow us to match up New Zealand NCD research know-how with breakthrough Chinese techniques, their outstanding facilities, and a wealth of "big data" research opportunities that China's vast nation avails - our country's expertise in "big data" systems has grown enormously over the past few years and continues to do so.

"As well as providing the opportunity to sign the MoUs, the visit of this honoured delegation to New Zealand and Dunedin, which also includes researchers from other institutions in China, provides the chance to start delving into concrete projects we can pursue together,” Professor Mann says. 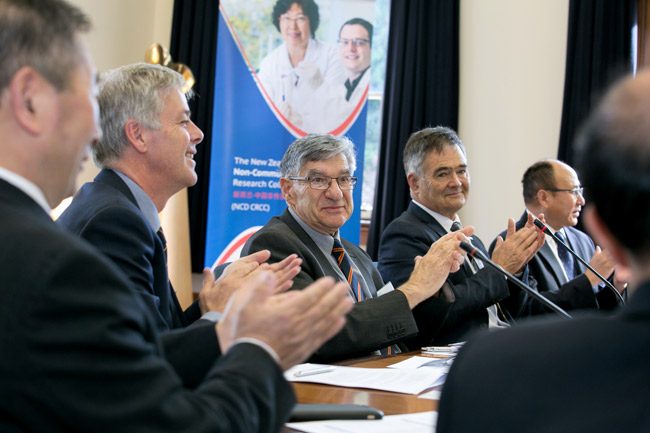 The four institutions that signed the MoUs with NCD RCC are Huashan Hospital, Shanghai Mental Health Centre, The Children's Hospital of Zhejiang University, and the Fudan University of Public Health.

Researchers from the Chinese Academy of Sciences and Capital University Tongren Hospital also took part in the visit.

"As well as social and health benefits, these types of collaborations bring economic benefits to our city in the form of research grants."

Professor Mann acknowledged the years of assiduous effort the City of Dunedin has put into building and growing its sister city relationship with Shanghai and says the latest collaborative agreements exemplify the strong bonds between the cities and the opportunities that both they, and more widely New Zealand and China, can seize.

Dunedin Mayor Dave Cull, who attended Thursday’s signing, says the latest agreement is yet another product of the strong civic relationship Dunedin – through Enterprise Dunedin and Project China – has developed with its sister city in recent years.

“As well as social and health benefits, these types of collaborations bring economic benefits to our city in the form of research grants.

“Dunedin is a knowledge city and our increasingly outward-looking focus is providing profitable educational and economic links.

“It’s also exciting to know that our researchers are at the forefront of some potentially significant health advancements,” Mr Cull says.