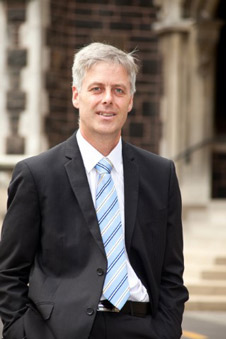 A call is being made to recognise Otago’s science heroes with nominations now open for the biennial Otago Daily Times Otago Science Awards – a joint initiative between the New Zealand International Science Festival and the ODT.

The Awards – first launched at the 2016 Festival – aims to acknowledge the work of science in our everyday lives and the difference the people committed to the field make, from the region’s scientists to teachers, students, community groups, volunteers and business people.

“There are many everyday heroes working in Otago who bring science to life or push us to ‘go beyond’, the overriding theme of this year’s Festival. We encourage people to nominate someone that person or group or business that is making a difference to the way we understand our world, whether it’s a national or international contribution – or at a community level.”

ODT CEO Grant McKenzie says as the region’s preferred media outlet, the newspaper was proud of its science heroes and was thrilled to be supporting the Awards again.

“We’ve long been supporters of the New Zealand International Science Festival and regularly enjoy sharing the stories of science and innovation with our readers throughout the region and further afield. We look forward to seeing nominations come in from across Otago as we celebrate these unsung science heroes.”

Photo: Professor Richard Blaikie, one of the panel judges