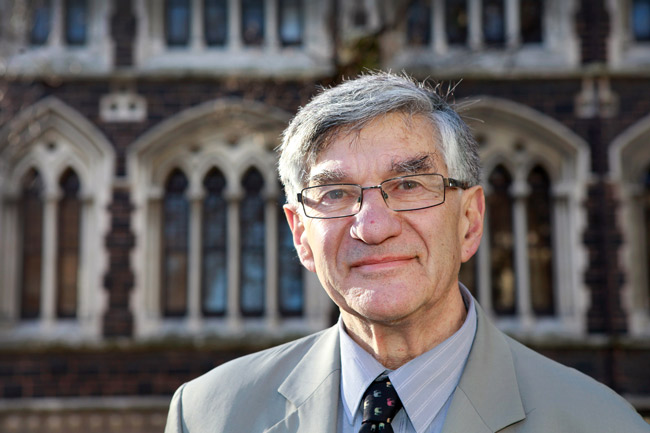 Otago's Professor Jim Mann, one of the authors of a paper on the health benefits of dietary fibre and wholegrain intake which has received global news pick up. 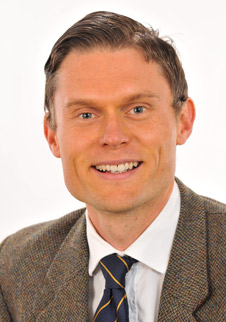 Dr Andrew Reynolds, one of the study's other authors.

New research has once again put the University of Otago on the map, with global interest and widespread media coverage on a publication of the health benefits of dietary fibre and wholegrain intake.

The series of systematic reviews and meta analyses identified that higher intakes of fibre and whole grains were associated with reduced heart disease, type 2 diabetes, some cancers and reduced mortality, and that increasing intakes reduced body weight and total cholesterol.

Authors, Professor Jim Mann and Dr Andrew Reynolds, have been delighted by the response.

“It’s incredible, the uptake has been far greater than I would have ever imagined,” Professor Mann explains.

The pair, along with colleagues Dr Lisa Te Morenga, now with Victoria University, Professor John Cummings of the University of Dundee, and Otago-trained dietitians Evie Mete and Nicola Winter, published their research earlier this month in the Lancet. While they expected the results of their paper would be of interest to many people, the extent of that interest has been greater than they ever imagined.

The media response to the publication has placed it in the top 20 of more than 30,000 papers published in the Lancet that are being monitored. The research was front-page news in both The Times and The Guardian in the United Kingdom, while Dr Reynolds did live interviews with Canada TV and Al Jazeera.

There was also significant coverage by BBC News in the UK and Chinese media outlets. There have been hundreds of news stories from about 184 separate media outlets globally, while the twittersphere has gone crazy with almost 3000 tweets. Despite the fact the research is by Kiwis, it has received the greatest uptake in both the UK and the United States.

Professor Mann, a Professor in both Medicine and Human Nutrition at the University of Otago for 30 years and a lecturer at the University of Oxford prior to that, has a distinguished academic and research career. His first research paper was published in the Lancet nearly 50 years ago. But after all these years and with countless published research papers to his name, it is this fibre research that has received the greatest media response.

"The response has been huge, I never thought when I started working on this project in December 2016 that it would come to this ... It has been an incredible process to be part of."

Dr Reynolds is an early career researcher, having finished his PhD in 2016 with the Department of Human Nutrition under the guidance of Professor Mann. To have this success in such an early stage of his career has been humbling.

“The response has been huge, I never thought when I started working on this project in December 2016 that it would come to this,” Dr Reynolds, who is now with the Department of Medicine, says.

“Dr Te Morenga and I did a lot of this work in pieces to inform upcoming WHO (World Health Organisation) guidelines, but Jim had a vision of bringing everything together as one big picture publication. It has been an incredible process to be part of.”

Professor Mann attributes much of the success of the work to including the complementary information from both clinical trials and observational studies, as it is rare to look at both in the same publication.

“We considered trials of increasing intakes and cohort studies that followed people over many years. The improvements in body weight and total cholesterol we saw in trials could then explain the reduced heart disease, type 2 diabetes and mortality from these conditions as well as from cancer that we saw when following people over time,” Professor Mann explains.

“It was also the magnitude of the protective effects of high fibre intakes which impressed us, and it seems also those who have seen our results.”

The research will be a topic of discussion at a symposium being organised by the Edgar Diabetes & Obesity Research Centre, together with the Healthier Lives National Science Challenge and the Riddet Institute next month. Focus on fibre & food monitoring will be held at Otago Museum on 11 and 12 February. The symposium will also consider the importance of knowing what New Zealanders are eating.

In case you did not get a chance to read what the world is keen to know, here is a link to the media release, summarising the research, and a link to the full research paper.