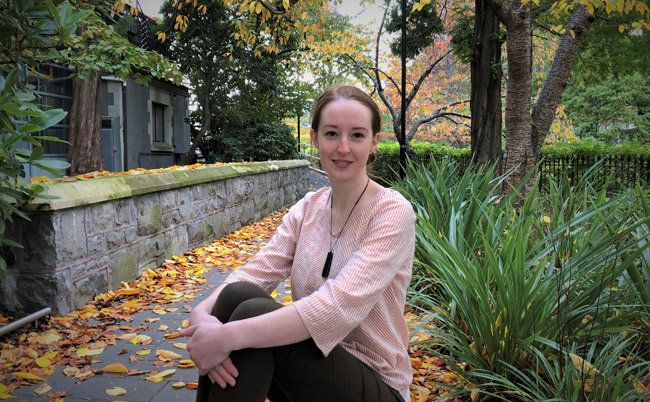 Supporting Māori students during their time at Otago in a communally spirited environment is the driver for Sarahmarie Kuroko in her new role as Kaiāwhina for Sciences.

“I had a big personal journey and did really well while studying at Otago, and much of that was due to Māori student support,” she says. “I feel very privileged to be in this role and giving back.”

That personal journey began when Mrs Kuroko moved to Otago to study for a double degree in psychology and human nutrition due to her interest in community health.

However it was also the wider and more holistic aspects of Otago life that played a significant role during Mrs Kuroko’s studies.

"I had a big personal journey and did really well while studying at Otago, and much of that was due to Māori student support. I feel very privileged to be in this role and giving back."

Raised in Canterbury, Mrs Kuroko (Ngāti Kahungunu) didn’t grow up with Te Ao Māori, but reconnecting with her heritage became a priority during high school and university.

Through Te Huka Mātauraka (Māori Centre) and Te Roopū Māori (Māori Students’ Association) she describes how she found her whānau.

“There were so many opportunities to reconnect and there was always someone there to hang out with, cook kai and share kōrero,” Mrs Kuroko says.

“Te Huka Mātauraka and Te Roopū Māori were places where I felt very comfortable, and gave me encouragement to try other things and come out of my shell.”

Mrs Kuroko has recently completed her Master’s in Human Nutrition, in which her research engaged over 100 year 9 and 10 school pupils in a cooking study.

“The point of the programme was to get teens excited about cooking and build their confidence,” she explains.

“People who cook more often tend to eat healthier, and unsurprisingly, people are more likely to cook if they feel confident in the kitchen.”

One group of pupils completed an intensive week-long cooking holiday programme, and were then given a weekly meal kit to make for their family for the next six weeks.

Outcomes of interest, like cooking confidence, were measured against a comparison group who weren’t involved in the programme.

It was also the first cooking intervention study to look at connections with mental well-being, building on previous surveys that have found teenagers who cook more often may have better mental well-being.

"The advantage of studying psychology was that I knew repeated exposure to challenging things in a supportive environment helps to normalise them, and they become less stressful."

“In an experimental setting, we found an increase in mental well-being among pupils doing the cooking programme, which further supports the hypothesis that cooking and mental health are interrelated.”

Now in her new role as Kaiāwhina for the Division of Sciences, Mrs Kuroko will focus on supporting the approximately 100 first-year Māori students in the Division.

In addition to continuing her own journey in Te Ao Māori, she is enjoying getting to know the tauira (students) and understanding ways to support them.

An example of this is helping students with obstacles, something Mrs Kuroko did herself as a student when she joined Toastmasters to overcome anxiety with public speaking.

“The advantage of studying psychology was that I knew repeated exposure to challenging things in a supportive environment helps to normalise them, and they become less stressful,” she says.

Mrs Kuroko is enjoying supporting the “amazing and inspiring” tauira during their time at Otago.

“For many, their choice of study relates to how they can give back to their communities, and I’m looking forward to supporting them in their journeys.”