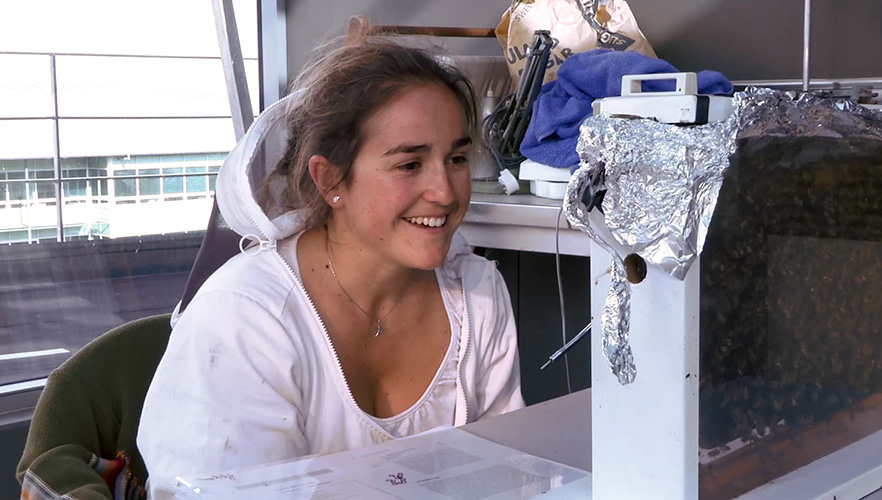 Varroa mites present one of the greatest challenges to honey bee health worldwide. The mites feed directly on honey bee fat stores and transfer numerous pathogens to the bee, including the deadly deformed wing virus.

Without intervention, most honey bee colonies of the type found in New Zealand (Apis mellifera) die within two years of varroa infestation.

Despite the odds, some colonies show resistance to varroa. In these colonies, varroa infestation triggers a strong behavioural response in the bees; varroa sensitive hygiene behaviour (VSH).

VSH is targeted specifically towards varroa mites reproducing inside wax-capped cells occupied by young developing bees (brood cells). Worker bees uncap the varroa-infested brood cells, kill the developing bee inside each cell, and remove the cell contents, including the mites. This complex sequence of behaviours interrupts the reproductive cycle of the mite, enhancing the likelihood of colony survival.

Apis mellifera generally fail to show high enough levels of varroa-sensitive hygiene to defend their colonies adequately against the mite, and while bee breeding techniques have the potential to rectify this problem, progress in this area has been slow. This has been due, in part, to a lack of clarity about which traits to select for. The identity of signals that trigger VSH behaviour has been unclear, and how worker bees selectively target brood cells containing varroa was unknown. 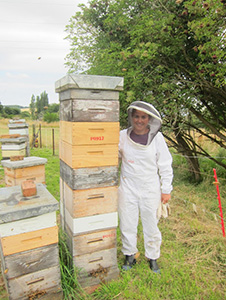 Field trials on colonies in Otago.

During her doctoral studies, lead researcher Fanny Mondet set out to address this shortfall. Dividing her time between the National Institute for Agricultural Research in Avignon, France and the Department of Zoology at the University of Otago in Dunedin, Mondet assembled a team of researchers to help resolve these important questions.

The compounds are found in varroa-infested brood cells and their levels provide a reliable indicator of the numbers of juvenile mites present in the cells. Detection of these compounds enables worker bees to target selectively varroa-infested cells.

“In their defense against varroa, bees' ability to differentiate healthy from unhealthy hive odours is critical. In vulnerable colonies, a majority of worker bees fail to show this ability,” she says.

For breeding purposes, colonies need to be identified that show high levels of VSH activity. Using conventional techniques, this is difficult and time consuming.

“However, in field trials, we were able to show injection of the varroa-related compounds into brood cells induces responses in worker bees that mimic intrinsic VSH activity in bee colonies. A simple and reliable bioassay of this kind has the potential to assist greatly the breeding of bees with stronger resistance to the devastating impacts of the varroa mite.”

Efforts to develop such a test are currently underway. 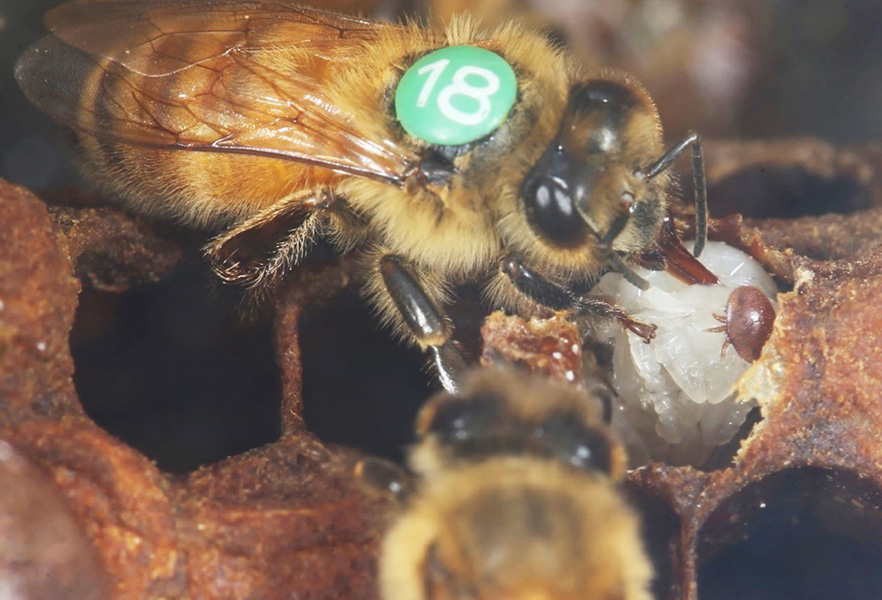 Worker bee killing a young bee in a brood cell infested with mites.