Please do not contact this university directly.
For all enquiries please contact the Exchange Office at exchange@otago.ac.nz.
Last updated April, 2021 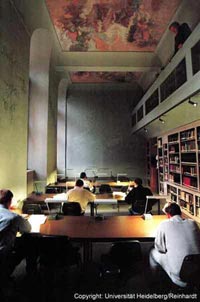 Many courses in English. Exchange students who wish to improve their German have the opportunity to take part in an intensive language course before the start of each semester. 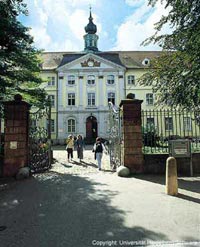 The University of Heidelberg, the oldest university in Germany, was founded in 1386 by Elector Ruprecht I of the Palatinate. During the course of its eventful 600-year history, it has seen both triumphs and disasters. In the late 16th century, it became one of the most important centres of the Reformation and of Calvinism. As a result of wars in the 17th century the University lost its collection of manuscripts, the unique "Bibliotheca Palatina", and later all of its buildings. In 1803 Karl Friedrich of Baden endowed the University with new statutes enabling it to develop into a seat of academic excellence by the end of the 19th century. The Ruprecht-Karls-Universität thus owes its name to both of its founders. Today the University is regarded as an important centre of modern research and study in Germany. Its twelve faculties embrace a wide spectrum of subjects in the arts and sciences, including medicine.

When the University of Heidelberg celebrated its 600th anniversary in 1986, the motto chosen to mark the occasion was "A Tradition for the Future". This motto is an apt reflection of the pride with which the University looks back on six centuries of scholarly and scientific achievement making it not only one of the oldest universities in the world but also one of the most renowned and forward-looking centres of learning in existence.

With its glorious natural setting, the harmonious ensemble consisting of castle, old town and river set in the midst of hills, Heidelberg is regarded as one of the most beautiful cities in Germany. Every year millions of tourists are drawn to experience Heidelberg's mystique. Heidelberg was included in the preliminary German list for registration as a UNESCO World Heritage site.

The city looks back on over 800 years of history. Modern Heidelberg attracts people with its forward-looking science and research activities. It is a fast growing business centre and the lively centre of the Rhine Neckar Triangle.