Please do not contact this university directly.
For all enquiries please contact the Exchange Office at exchange@otago.ac.nz.
Last updated April, 2021

Rotterdam School of Management (RSM) offers a full range of business courses for both senior (Honours or Taught Masters) students, and for second and third year undergraduate students. 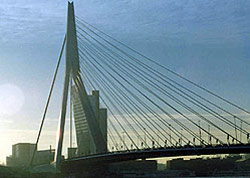 An academic year at RSM consists of 60 ECTS. On 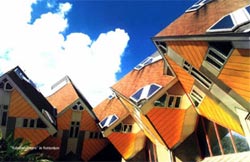 The roots of the Rotterdam School of Management lead back to 1966, where a perceived lack of appropriate training for managers in The Netherlands induced Royal Dutch Shell, together with other companies including Philips, to set up the Foundation for Business Administration (Stichting Bedrijfskunde) to provide post-experience management education. Since its founding, RSM has become a leading graduate business school in Europe and built a reputation of being among the top business schools in the world, now boasting brand new facilities. RSM has recently introduced an undergraduate dimension to the courses it teaches.

The City of Rotterdam and Region

Rotterdam is the world's largest commercial port and a centre of commerce. Over one million people live in the Rotterdam region, 590,000 of them within the city boundaries. The city of Rotterdam offers unlimited opportunities and possibilities.

The city is aptly called the "Gateway to Europe" because of its favourable location, good infrastructure and well developed transportation network that gives access to the rest of Europe by road, rail, air and sea. Rotterdam is an international city by nature, numerous major corporations as well as trade centres of many different countries are established there.

Transportation to and from Rotterdam is very well organised. In less than an hour by car or train, you can be in another major Dutch city such as Amsterdam or the Hague. A little longer, and you are in Brussels, London, Paris or Berlin.

The Netherlands is one of the most densely populated countries in the world. Some 15 million people live in an area of approximately 37,000 km2. Approximately sixty percent of the population live in the western part of the country, which is called Holland. "The Netherlands" literally means "The Low Countries". If refers to the fact that about half of the country lies below sea level. It would be under water if it weren't for the system of dikes and dams that prevent the land from being flooded.

The people in the Netherlands form a colourful society, full of cultural and ethnic variety. Immigrants have come from various parts of the world and all of these groups live together in reasonable harmony. The Dutch pride themselves on being tolerant. Their attitude is that people have a right to live in any way they wish, as long as they do not infringe on the rights of others.

Dutch is spoken everywhere in the country, but The Netherlands is internationally orientated. Many Dutch people speak at least two foreign languages and nearly everyone understands and speaks English.

The City of Rotterdam