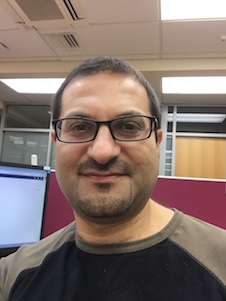 Haider Al-Darraji is a medical doctor from Iraq. He practised medicine and chest medicine in Iraq from 1998 till 2008. He worked on tuberculosis management and control as part of the National TB Programme in Iraq (2007-2008), before joining the London School of Hygiene and Tropical Medicine and graduating with a Master of Science (Tropical Medicine and International Health) in 2009. In 2010, he joined the University of Malaya’s Centre of Excellence for Research in AIDS (CERiA) in Malaysia as a researcher to investigate tuberculosis among prisoners in the country. His work yielded 15 published papers in peer-reviewed journals and several presentations in both local and international conferences. He also created several collaborative channels with international researchers to address the problem of tuberculosis in prisons. His main research interest is tackling tuberculosis among marginalised populations including prisoners, people who inject drugs, and people living with HIV. His PhD research study will address active tuberculosis case finding and post-release completion of anti-tuberculosis medications among prisoners in Malaysia. He is a recipient of a University of Otago Doctoral Scholarship.