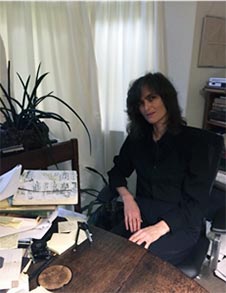 Vida completed a Bachelor of Arts with Honours, First Class, in Art History and Theory at the University of Otago. Her dissertation is titled Allegorical Narrative: The Rhetoric of Gesture in Giovanni Pisano’s Pulpits in Pistoia and Pisa. Vida’s PhD thesis will use the religious philosophy of Simone Weil (1909–1943) and cinematic language of Robert Bresson (1901–1999) as a lens through which grace, and the implications of preparing the void to receive grace (or God) will be examined. It is the state of the soul that is fundamental to the exploration of this thesis: On the Orientation of the Soul Towards Grace: Simone Weil and Robert Bresson. 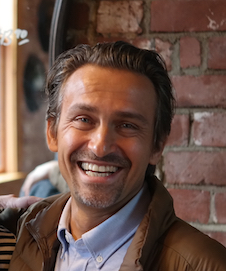 Nicolas completed his Master of Literature at La Sorbonne, Paris. His memoir is a biographical criticism of the work of Egyptian Francophone writer Georges Henein (1914–1973). Between 1997 and 2015, he worked as a cultural officer in Indonesia, Madagascar and Cameroon for the French Ministry of Foreign Affairs. He has published 12 novels and a collection of short stories. Nicolas was awarded the Telerama Prize in 2011, and was shortlisted for the Prix Goncourt in 2015. He spent six months in 2016 in Wellington as writer in residence at the Randell Cottage. Nicolas's PhD thesis is a study of ruptures in style in contemporary French Literature.