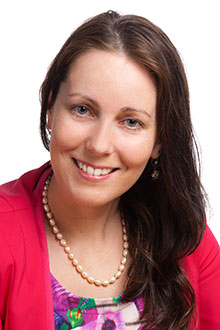 Dr Jennifer Moore from Otago’s Law Faculty, and the Department of Preventive and Social Medicine, has won a prestigious Harkness Fellowship in Healthcare Policy and Practice.

As the recipient of the Commonwealth Fund-endowed Fellowship, Dr Moore will spend one year in the US researching alternatives to medical malpractice, starting in August 2015.

“I am thrilled to be the New Zealand 2015-2016 Harkness Fellow in Health Care Policy and Practice. It is an honour to receive such a prestigious fellowship. The Commonwealth Fund and the Harkness programme have an outstanding reputation. Like the Commonwealth Fund, I’m committed to using high-quality research to improve health systems,” says Dr Moore.

Her multi-disciplinary research will aim to inform the design of communication-and-resolution programmes (CRPs) in the US. Such CRPs seek to identify and disclose medical injuries, improve quality of care, and offer apology and compensation.

“There is speculation and anecdotal evidence that recent ACC medical injury case law in New Zealand is discouraging doctors from assisting their patients to make claims with ACC. This will be the first empirical health law study in New Zealand to investigate that. So the findings will be useful for ACC policymakers, providers and injured patients here too. The results of the study will contribute to health policy and law reform both here and in the United States.”

Dr Moore says it is perfect timing to perform this research because the Obama administration has shown a keen interest in CRPs. This year, the United States Agency for Healthcare Research and Quality stated that they plan to continue developing CRPs, including an implementation toolkit and training modules. One major aim is for the research findings to inform these toolkits and modules, and the overall design of CRPs.

Dr Moore adds: “I have always wanted to work with the preeminent health law and policy scholars in the United States. My proposed US mentors, Professor Michelle Mello and Professor David Studdert, are unquestionably two of the leading empirical and theoretical scholars in my proposed area of research. My proposed home-country mentors, Dr Marie Bismark and Professor Peter Crampton, are both Harkness alumni with outstanding track records in health policy research.

“I’m delighted that I have received the Harkness Fellowship at this time. I have been following President Obama’s recent health reforms and waiting for the appropriate time to undertake my study. The time has arrived, and I cannot wait to begin the work!”

Associate Professor Jacinta Ruru in the Faculty of Law was one of four lecturers recently honoured by colleagues and students in this year’s University of Otago Teaching Excellence Awards.

The University offers three Teaching Excellence Awards in the general category, and one kaupapa Māori award. The award for each recipient comprises a certificate and $7500 to support their learning and teaching.

Associate Professor Ruru says she is honoured and excited that the new vision for Ngā Pae o te Māramatanga 2016-2020 has been funded by the Government.

“This is great news for collaborative Māori research across the country, including for Māori researchers at the University of Otago.

“Ngā Pae o te Māramatanga has a new strong national research leadership team who together with Māori researchers across the country will work on new foundational economic, environmental and wellbeing research projects, all underpinned by te reo me tikanga Māori.

“Our vision is for Māori leading New Zealand into the future. Our research realises Māori aspirations for positive engagement in national life, enhances our excellence in Indigenous scholarship and provides solutions to major challenges facing humanity in local and global settings.

“Otago has a great opportunity to become a Ngā Pae o te Māramatanga hub that will contribute towards conducting and showcasing Māori research excellence, capacity and capability building of Māori researchers and connections with our Māori communities including our iwi partners,” Associate Professor Ruru says.

Two up-and-coming University of Otago researchers are the latest recipients of the Carl Smith Medal and Rowheath Trust Award.

Associate Professor Jessica Palmer (Faculty of Law) and Associate Professor Suetonia Palmer (Department of Medicine, Christchurch) are co-recipients of the Award and Medal which recognise outstanding research performance of early-career staff at Otago and are accompanied by a $5000 grant for personal scholarly development.

“Both Jessica and Suetonia have outstanding records of scholarly achievement and are richly deserving of this recognition. Their research accomplishments, academic and professional contributions are seen as truly world class.

“The international referees highlighted the impacts that the research findings of Jessica and Suetonia have made on the practice of Law and Medicine respectively, and the assessment committee was compelled to make a joint award. They are outstanding examples of the calibre of translational research being undertaken at Otago.”

Dr Suetonia Palmer image
Associate Professor Suetonia Palmer (Department of Medicine, Christchurch)
Jessica Palmer’s research primarily focuses on the areas of trusts and restitution. Trusts being very popular in New Zealand, her innovative work has been influential on the development of trust law in this country and is regularly cited by the courts.

While Jessica is as yet unsure how she will allocate the award money, the former recipient of the Law Foundation’s Ethel Benjamin Scholarship, says she feels “very lucky to be acknowledged in this way”.

“This award is a strong vote of encouragement from the University that the work I am doing is worthwhile and that I am doing it well. Otago is a wonderful place to teach and research and I know that I have benefitted from many discussions with colleagues, students and visitors that have helped to develop my thinking and direct my research enquiries.

“I am also grateful for the support I have had to develop relationships with academics from other universities in New Zealand and internationally which has been crucial to progressing my research.”

Suetonia Palmer is a kidney specialist and Rutherford Discovery Fellow, who is interested in evaluating whether medicines are effective. Her particular research focus is in applying meta-analysis (the mathematics of combining research studies together) to study the evidence behind treatments used for people with kidney disease, which has previously awarded her a L’Oréal UNESCO For Women in Science Fellowship.

Of receiving the award, she says: “I feel much honoured, particularly given the high standard of research done by many outstanding researchers at the University. It is also gratifying to see recognition for the usefulness of meta-analysis in clinical medicine.

“This award will allow me to spend more time with my international collaborators to generate more research ideas and strengthen connections.”

The two researchers will each give public lectures later this year, at which they will be presented with the Medal.

Jessica Palmer is an Associate Professor in the Law Faculty and teaches courses in contract, equity and commercial law. She is a graduate of Auckland and Cambridge. She was a Judges’ clerk in the High Court in Auckland and worked in a national corporate law firm before coming to Otago.

Much of Jessica's recent research has been in trust law. She was a member of the New Zealand Law Commission’s reference panel for its recent review of the law of trusts. This is a major review undertaken at the request of the Government to reform trust law and respond to the general discontent of many New Zealanders with the apparent widespread abuse of trust structures.

Trusts are very popular in New Zealand and are widely used by people to protect their home and other assets from claims by creditors, spouses or partners, and from the State’s means test for state subsidies. Trusts are normally discretionary in nature, which allows the settlors who created the trusts to hold themselves out as not having any beneficial interest in the trust assets. Yet, at the same time they give themselves significant powers to control the trust for their own benefit.

Not surprisingly, these trusts are coming under increasing scrutiny. Any avenues used by the courts or Parliament to set aside or look through trusts demand close attention because of the potentially far reaching consequences they have for the traditional understanding of the trust. Jessica has written on the rights of beneficiaries and on the avenues available to creditors, spouses and partners to access the property held in these trusts.

Her work is cited regularly by courts and has been influential on the development of the law in relation to sham trusts and the control of express trusts. For example, her writing was relied on by the New Zealand Court of Appeal in cases that have attracted much attention for trust and matrimonial property lawyers (Clayton v Clayton [2015] NZCA 30; Official Assignee v Wilson [2008] NZLR 45). A Court of Appeal judge has cited her work as an example of the important contribution that academic lawyers can make to the development of law (G Hammond, “Judges and Academics in New Zealand” (2013) 25 NZ Universities Law Review 681 at 690).

Suetonia Palmer is an Associate Professor and kidney specialist who is based in the Department of Medicine at the University of Otago, Christchurch. After qualifying as a doctor and specialist in 2005, she completed a PhD before attending Harvard Medical School as a post-doctoral fellow. Since returning to New Zealand and joining the University of Otago in 2011, she has conducted research within a large international collaboration.

Her significant contribution includes applying complex meta-analysis techniques to medical treatments to discover whether drugs are effective. The combining of hundreds of drug trials together to provide greater power to detect side-effects and even evaluate treatments against placebo when these trials have not been extensively available, have led to definitive summaries of the evidence for doctors and policy-makers.

The research has identified that many widely prescribed treatments have little evidence to support their use and some are not demonstrably better than receiving no treatment. These findings have been published in the world’s leading medical journals including the Lancet, JAMA, PLoS Medicine, and the Annals of Internal Medicine and informed global policy and clinical guidelines for medical practice. Suetonia also works as a clinical kidney specialist at Christchurch Hospital.

In 2012 she was the first New Zealand woman to receive a L’Oréal Australia and New Zealand For Women in Science Fellowship and is currently a Rutherford Discovery Fellow (2014-2019) awarded by the Royal Society. She was a 2013 recipient of the University’s Early Career Award for Distinction in Research. She attributes her research achievements to the dedicated and talented colleagues who she works with around the world.