New Approaches to the Delivery of Legal Services 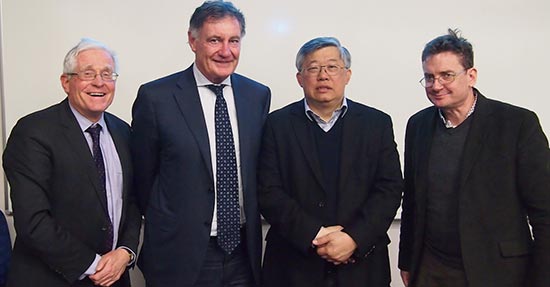 The Faculty of Law was pleased to recently host a public lecture by Chew Seng Kok, Managing Director of ZICO Holdings Inc on the topic: New approaches to the delivery of legal services.

With a number of changes taking place inside corporates as a result of globalisation, technology and decreased budgets, it has had a large impact on the need for legal services and the way in which they are having to be met.

Seng Kok explained how Law firms have had to innovate and transform their legal practices to survive.

ZICO Holdings Inc has been recognised as an innovator by the Financial Times for the way in which they have transformed and created a new business model.

To find out more you can access the lecture slides.

Thanks go to Otago Law graduate, David Pine who facilitated the visit by Seng Kok. David graduated with his LLB and BA(Hons) from Otago in 1993. He is the Former New Zealand High Commissioner to Malaysia and Brunei Darussalam, the former Director, Economic Division, MFAT Wellington and Former Ambassador to the Philippines. He was also a member of the band Sneaky Feelings.