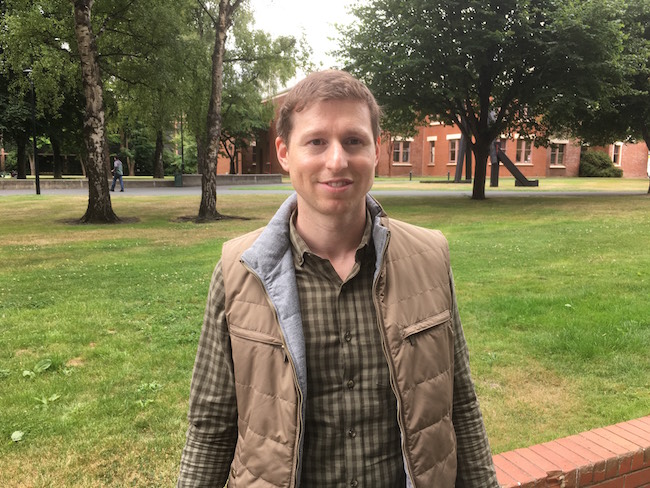 Why are dozens of Otago students in quiet and peaceful Dunedin spending their summer days learning about international responses to terrorism?

The huge response to the Law Faculty’s Summer School paper on international terrorism has even surprised lecturer Matthew Gillett, a prosecutor at the International Criminal Court, at The Hague, for about the last ten years.

The Otago graduate has worked on cases involving war crimes, crimes against humanity, and genocide, and now he is visiting Dunedin to teach the Summer School law paper. The paper covers the legal implications of terrorism and how the international community is coming to grips with its evolution and spread into areas of the globe where it was previously unseen.

Building cooperation to tackle terrorist attacks requires the international community to grapple with some fundamental issues. How do we distinguish terrorism from other criminality? How should authorities use the law to respond to terrorist acts? How, even, should we define terrorism?

While some may ask what’s in a name, defining terrorism has proved a difficult challenge which has hampered collective efforts to adopt a comprehensive terrorism convention, says Matthew. Nonetheless, such a convention would help states build coordinated law enforcement efforts, instead of isolated and piecemeal responses, as terrorist attacks penetrate different locations and facets of society.

Matthew aims to galvanise interest in conceptualising responses to terrorism through his course, which attracted about twice the expected number of students. So why should students in a far flung and peaceful corner of the Pacific concern themselves with these issues? It’s an important and relevant topic even here, says Matthew. 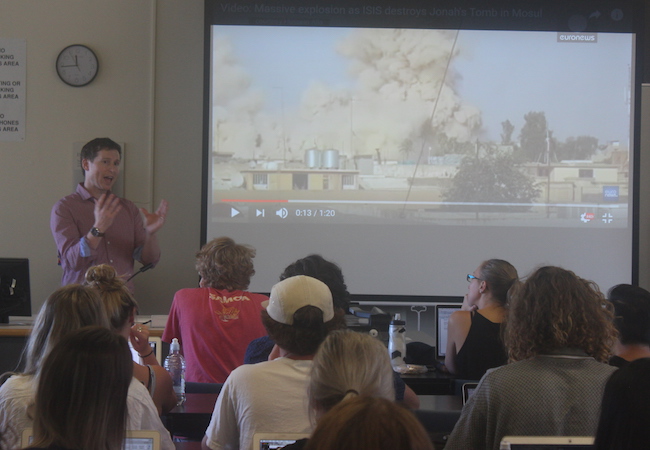 Matthew himself is walking evidence of how Otago Law students become deeply involved in international efforts. He recently took a ‘break’ from his work as an international prosecutor to work as a Human Rights Officer in Afghanistan. “Professionally, the experience was engaging as there are so many human rights issues to deal with; although the security situation is precarious.”