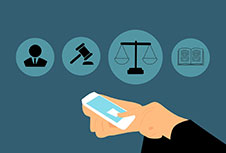 The arrival of online courts in New Zealand may see a significant rise in claimants appearing without a lawyer by their side, which would raise big issues about access to justice, University of Otago researchers say.

To understand how people might translate disputes into the language of justice without legal help Otago’s Legal Issues Centre is calling on lawyers to participate in an innovative experiment.

The Centre’s Aotearoa’s Future Courts Project is the first in New Zealand to look at the potential impact of the international trend of online courts. It will compare how lay people and lawyers describe disputes by asking them to conduct mock client interviews and file claims in a mock online court (which is based on an operational Canadian model).

Principal investigator Dr Bridgette Toy-Cronin, who is also the Legal Issues Centre’s Director, says this direct comparison will lead to crucial understandings of what might be lost or gained by removing lawyers from the forum.

“For lawyers, reviewing disputes through the eyes of the law is as natural as breathing; but for most lay-people it’s a lot foggier. If they don’t know what the online court wants to know or how to say it, the justice of their case may be overlooked, a poor result even if they, and the Government, have saved money in the process,” she says.

The online future is coming 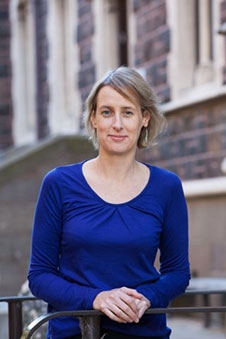 Online tribunals already operate internationally, such as British Colombia’s Civil Resolution Tribunal. Other countries are following suit, including the US and Australia, while England and Wales are proposing the most ambitious version – a fully integrated online court, Dr Toy-Cronin says.

“The supposed advantage of these online courts is that a dispute can be filed at any time, from anywhere, and without a lawyer’s assistance.

“Supporters argue that this will increase people’s access to justice. But previous research with Litigants in Person (LiP) in the traditional court structure shows that people are not very good at filing their own claim with the court.”

A key problem is that LiPs struggle to determine what information is relevant, and how to frame the information logically and coherently for the purposes of the court.

“The big question is, can these online platforms really help LiPs file their claim in a way the court and the opposing party understands? Because if they can’t, removing lawyers from the process increases the risk that a LiP – with a valid claim – won’t explain it accurately and it won’t hit the mark. If that happens, it is not access to justice. We are using laboratory experiment to explore the issue.”

In the Future Courts project, lawyers and laypeople participate in exercises common to psychology research. Dr Bridget Irvine, whose doctoral studies were in psychology, will run this part of the research, in which researchers pose as ‘mock’ clients to test the way the participants present or understand information.

“A large body of literature examines the criminal justice system from the psychology perspective, but we are not aware of any research using laboratory paradigms to directly test the efficacy of online courts”, Dr Irvine says.

Because online courts could profoundly impact access to justice, as well as the work of the legal profession, Dr Toy-Cronin would like to see as many lawyers as possible participating.

“Lawyers who have already participated have reported they enjoyed the experience, and thinking about the questions the research posed.

“We appreciate they are busy professionals, but really hope they will recognise the benefit of participating – both to create knowledge that will help guide the future of our courts and also so they can gain an insight into this rapidly growing international trend.”

Mock interviews are the first part of the project, and later stages will feature input from linguists and computer scientists.

The language will be analysed by Dr Tatiana Tkacukova, a senior lecturer in Linguistics at Birmingham City University, who specialises in lay litigant communication.

Associate Professor Sally Jo Cunningham and Associate Professor David Nichols, who specialise in Human-Computer Interaction at Waikato University, will use the results to develop and test new approaches to assist people in communicating their disputes effectively in an online portal.

The project is co-funded by the University of Otago Legal Issues Centre and the New Zealand Law Foundation.

Interested lawyers can go to tinyurl.com/FutureCourtsResearch for more information.