Ones to Watch: Charlotte Fuller 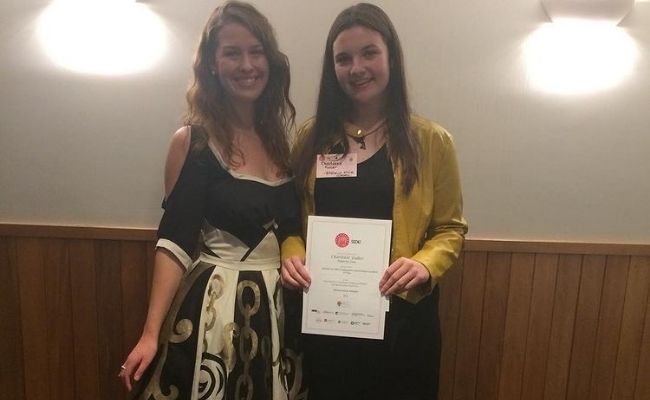 Charlotte (right) had a recent big win with her entry in the New Zealand Shakespeare Globe Centre Costume Design Competition.

New to the law scene but ready to combine her two worlds into one is a first-year student with an exciting future.

Bachelor of Laws (first year) student Charlotte Fuller has a love for fashion which she hopes will give her a unique edge in her career. Originally from the United Kingdom and raised in Dunedin, Charlotte has had a busy few years using her creativity.

“In high school I came second in the Bernina Fashion Awards with a dress I created from tea towels.”

“For this, I had to design a costume based on a Shakespearean costume. I chose Katherina Minola from Taming of the Shrew to base my dress on. I placed second in New Zealand and my dress was then made professionally and sent to the Globe Theatre in London to be on display to the British Public.”

This was particularly exciting for Charlotte as it meant family back in the UK could see her work on display.

Learning to sew in high school, the 18-year-old says she was always interested in costumes but also had another goal in mind.

“I considered studying fashion, but I have always found law fascinating, and I know the two can work together for a career overseas. I’m from Dunedin originally and studying law here just made sense.” 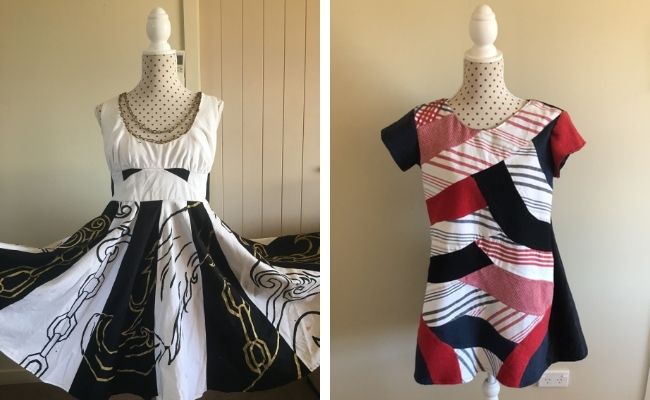 On the left, Charlotte's design inspired by Katherina Minolo and on the right, her dress made from teatowels.

Charlotte was also a successful recipient of the University of Otago Performance Entrance Scholarship. The scholarship recognises academic students with high-level ability in areas such as performing arts and sport.

“The scholarship really solidified my choice to study at Otago. It’s also been nice to be able to stay at home while I transition from high school life to finding my way around University, which can be a bit overwhelming.”

“I’d also like to add History to my studies in the future, it makes sense for both of my passions.”

Charlotte says she can see her love for fashion and law coming together in various ways in the future, as creative industries always have need for copyright law. She talks of maybe one day taking her designs to the World of Wearable Art exhibition in Wellington.

“I plan to keep developing my skills and I would like to take my career overseas one day. In the mean time, I’m enjoying meeting new people, learning about law and working on my next dress which will be made out of records.”