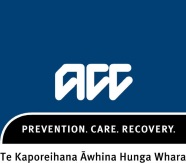 New Zealanders wanting to challenge the decisions of the Accident Compensation Corporation (ACC) find it difficult to do so. This problem had been identified by injured people, lawyers, community groups and government agencies. The precise nature of why injured New Zealanders had this difficulty was not well understood. Government officials suggested that cost and delay were the problem, suggested a new tribunal and enforcing strict adherence to time limits.

The first part of this project, Understanding the Problem, aimed to collect and report on quality data in order to properly understand and identify the problems. The research identified four themes that operated as barriers to access to justice: access to the law, access to evidence, representation and being heard. The second part, Solving the Problem, evaluates the solutions for the problems identified.

"To carry out research on legal issues relating to how a more accessible, affordable and efficient legal system can be created for the benefit of all citizens."

The Solving the Problem report evaluates the changes being made by the Government and makes further recommendations.

The project team has released the final report for this project.