Charles Brasch: In the Company of Artists 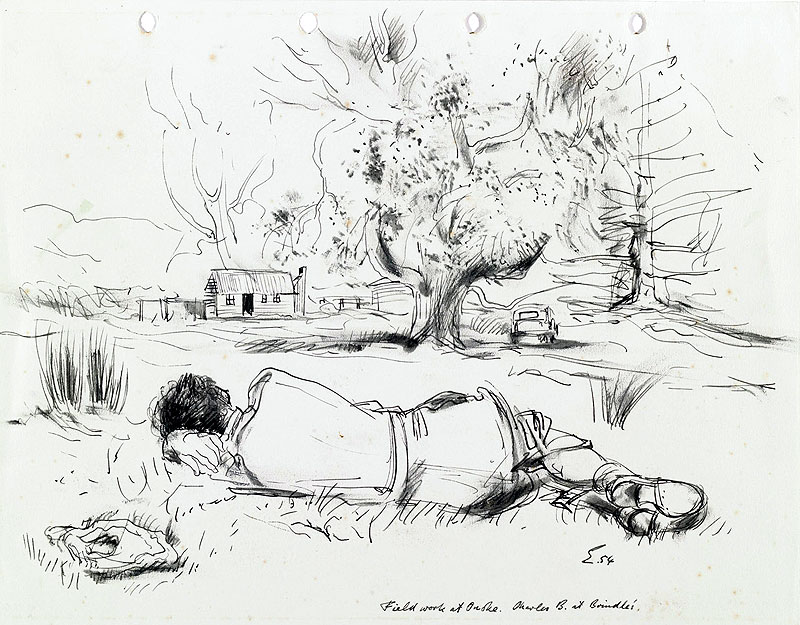 Charles Brasch was a gifted poet and one of New Zealand's most important arts patrons. Born in Dunedin, he was an intensely private man and an art collector who gifted 459 artworks to the Hocken's Pictorial Collections. The affect of his philanthropy, often undertaken anonymously, and his support of the arts extend beyond his art collection.

Brasch developed personal friendships with many of the artists who were active in New Zealand in the third quarter of the twentieth century. This exhibition focuses on Brasch's relationships with four significant New Zealand artists: Evelyn Page, Toss Woollaston, Eric Lee-Johnson and Colin McCahon. Offering insight into this multi-faceted man, who has remained elusive due to his reserved nature, the show reveals the Brasch that artists knew - a confidante, supporter, critic, public advocate and patron.

Many of the artworks that Brasch acquired and later donated to the Hocken, including Frances Hodgkins' Double Portrait (1922) and Colin McCahon's The Virgin and Child Compared (1948) are now considered icons of New Zealand art.  However he did not just collect 'masterpieces' and also gathered art by less well-known artists, some of it produced by family or friends. As with his poetry, Brasch's art collection is dominated by images of the New Zealand landscape. Many of the paintings that he collected represent locations that he had visited and for which he held fond personal attachment.

Brasch's personal journals and correspondence with artists express his enjoyment at being in the company of artists. His life was enriched for having known them and his art collection records these friendships. Through his gifting of art to the Hocken and many other quiet acts of philanthropy, Brasch and the work of these artists continue to enrich the lives of others.

This exhibition marks the centenary of Charles Brasch's birth.