Named Collections at the Hocken

Hocken’s named collections are personal book collections we have acquired over the years, usually as donations but in some instances we have purchased them. Our current practice is to add newly received books to our main sequences, but these collections illustrate areas of collecting interest and serve as a legacy of a time before electronic cataloguing made searching for material on the same topic a simpler task.

The Collins Collection is named for Dr Roger Collins. It consists of material that was printed in New Zealand on behalf of publishers in the United Kingdom who lacked the capacity to print these books during and after the Second World War.

The Godward Collection was donated by Robert Bruce Godward (1916-1992) who was interested in the history of New Zealand, Australia and the Pacific Islands. For over thirty years he collected material relating to the area's history. He was particularly interested in the life and travels of Captain Cook and Edward Gibbon Wakefield.

The Hunter Collection was donated by Ted Hunter (1904-1980) and consists of local and international material chiefly published in the 1930s-1950s focusing on communism, socialism, trade unionism, international relations, economics and politics.

The Lawlor Collection was purchased by the Hocken in 1967. It was created by Pat Lawlor (1893-1979), a New Zealand journalist, novelist, poet, pamphleteer, Catholic publicist and founder of the New Zealand Society of Authors. It chiefly consists of volumes of New Zealand verse from the 1860s-1950s enhanced by newspaper cuttings, reviews and Lawlor's own pencilled notes.

The Williams Collection of early printed Māori was created at the Hocken using A bibliography of printed Māori to 1900 by Herbert W. Williams (1924) to organise the works. Further early Māori works can be found in other sequences. You can learn more about this collection on the Hocken Blog. 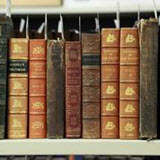 Our research guides help you to find resources in the collections.