Professional photographer Ian Alderman gifted to the LiDARRAS project magnificent photos of our students at work while surveying the underground network of tunnels and quarries. Ian joined the team during the second fieldwork campaign in July 2016 while on a trip in France and spent a couple of days in the Ronville network where he captured outstanding pictures.

Find out more about the second fieldwork campaign. 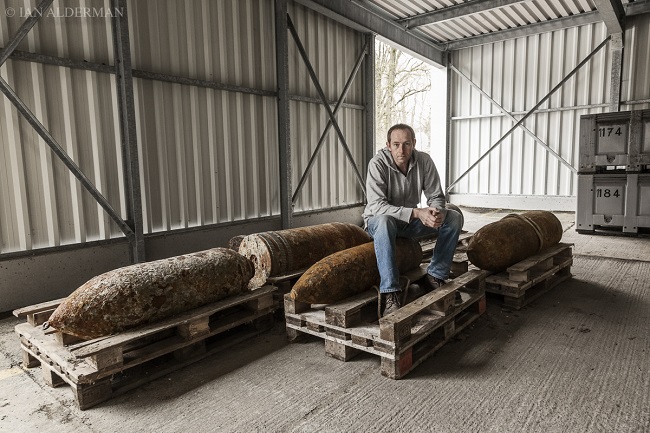 Ian Alderman is a London based freelance commercial photographer of twenty years experience. Having worked extensively in the advertising and automotive sectors of photography, he is now focusing his efforts on the genre of corporate photography.

With a long held interest in the history of the Great War, Ian is currently readying an ambitious documentary project for exhibition next year at the eminent ‘In Flanders Fields Museum’, Ypres, Belgium.

Produced over a 5 year period and part exhibited at the United Nations in Geneva during December 2015, the project documents the work of the Belgian army’s bomb disposal team in clearing the Great War’s former battlefields of unexploded ammunition. Featuring images of infantry of the Australian Imperial Force, the project uses montage to explore the role played by servicemen a century apart. 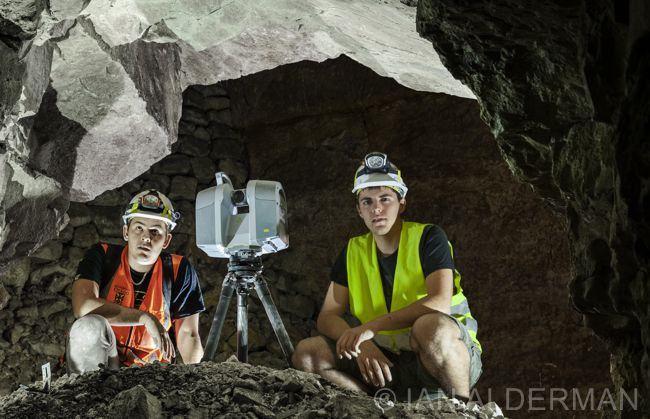 Ian contacted the team earlier this year when finding out about the LiDARRAS project. We gladly invited him to come along and join the survey team in the tunnel system. We certainly don’t regret having him onboard now that we have seen Ian’s talent at play and his ability to capture excellent images in such a difficult environment. Ian has created fantastic pictures of the survey team at work and we feel honoured to be gifted some of his best shots.

«I am proud to support the LiDARRAS project and its goal of digitally scanning the tunnels mined by the New Zealand Tunneling Company a century before.» Ian Alderman 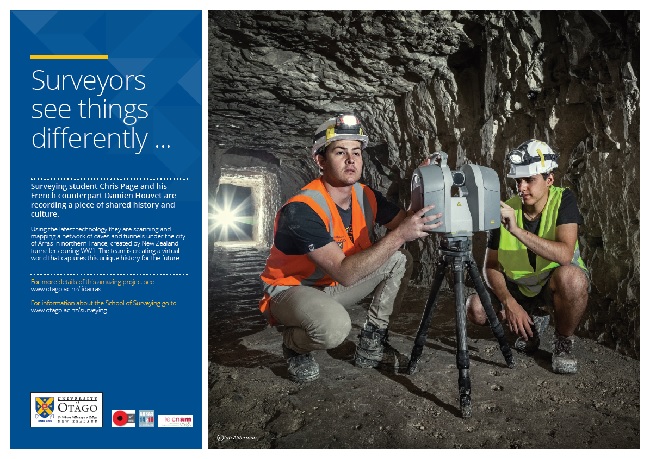 Ian's pictures demonstrates his amazing work with contrast and light sources. It makes pictures resemble chiaroscuroan painting (clair-obscur) giving an incredible depth to the photos and enhancing the texture of the chalk tunnels.

This fantastic photo of our students Chris Page and Damien Houvet posing next to the Trimble TX8 in a tunnel dug in France by New Zealand Tunnellers 100 years ago has been used to create a poster sent to every history teacher in New Zealand to promote surveying education and show how surveying skills can also be used to commemorate history.