Congratulations to our 2015 Bachelor of Biomedical Sciences with Honours students who graduated at a ceremony held at the Addington Raceway on 16 December 2015.

We have four students joining us for the summer of 2015-2016 for 10 weeks for the annual UOC Summer Student Programme.

Morgan Jones is Investigating markers of fatty acid metabolism and B-oxidation in breast cancer cells, under the supervison of Dr Margaret Currie.

The effect of comorbidities on breast cancer is the focus of Linda Buss' project. She is being supervised by Dr Elisabeth Phillips. 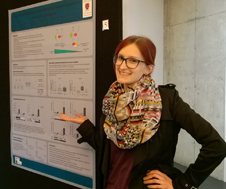 Congratulations to PhD student Christina Ernst who was awarded a poster prize at the Otago Spotlight: Cancer Research hosted by the University of Otago, Wellington.

Dr Logan Walker was one of the twelve featured researchers at the symposium. He gave a short presentation on Improving familial risk assessment by providing new knowledge and new tools for genetic screening, particularly for breast and ovarian cancer.

Congratulations to Principal Investigator Dr Logan Walker who is one of twelve Rutherford Discovery Fellows announced for 2015 by the Royal Society of New Zealand.

Logan will receive $800,000 over the next five years to develop better methods for identifying high-risk breast and ovarian cancer patients, and new approaches for evaluating the clinical significance of genetic changes.

The new knowledge and expertise derived from this project will facilitate the development of genomic-based protocols to evaluate genetic changes responsible for other inherited diseases.

Dr Logan Walker is one of the recipients of a Major Project Grant for Emerging Researchers from the Canterbury Medical Research Foundation. 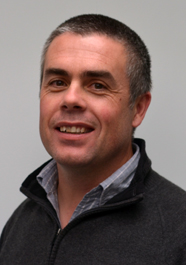 Dr Logan Walker is one of five Otago researchers who have been recognised with Early Career Awards for Distinction in Research.

Logan said that he is very appreciative of the award.

“It will be used to strengthen my links with national and international collaborators so that my research can continue to help high-risk cancer families.”

Each Award recipient receives $5000 to support their research and scholarly development.

We welcome our three BBiomedSc(Hons) students for 2015 to our group.

Morgan Jones is investigating if fat provides energy for breast tumour cell invasion and metastasis under the supervision of Margaret Currie, Elisabeth Phillips and Mark Hampton.

Rebekah Crake’s project is about obesity and breast cancer development. Her supervisors are Logan Walker, Margaret Currie and Elisabeth Phillips.

And Anishah Mandani, under the supervision of Gabi Dachs, Margaret Currie and Elisabeth Phillips, is undertaking the development of an obese mouse model of breast cancer.

Congratulations to A/Prof Gabi Dachs and Dr Margaret Currie who were recipients of UOC Teaching Awards announced at the Academic Inauguration on 13 February 2015.

Congratulations to Gabi Dachs who officially became an Associate Professor on 1 February.

Also celebrating a promotion is Dr Logan Walker who is now a Senior Research Fellow. 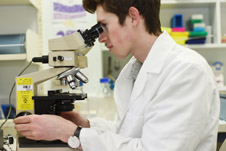 Congratulations to our summer student Sam Hall-McMaster who was awared the Best Overall Project Prize for his project, Are breast tumour cells and adipocytes co-conspirators in aggressive breast tumours? at the UOC Summer Student Final Presentations on 30 January 2015.

Sam completed his 10 week project under the supervision of Dr Elisabeth Phillips and Dr Margaret Currie.

We welcome our newest PhD student Christina Ernst from Austria, who will investigate the role of ascorbate in kidney cancer.

We also welcome George Wiggins who is analysing the genetics of obesity and endometrial cancer.