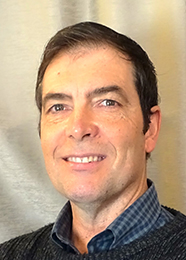 Denis is a Teaching Fellow in International Business in the Management Department of the Otago Business School. He completed his PhD at the EGADE Business School, the foremost business school in Latin America (Eduniversal rankings). Before graduation he spent a year at McGill University as a visiting PhD student where he participated in the Montreal Joint PhD Program.

As a doctoral student he won international awards for his research from the Texas A&M International University, the Latin American Council of Management Schools (CLADEA), the Business Association of Latin American Studies (BALAS) and the Academy of Management. He has worked in Mexico as a Senior Lecturer in the Postgraduate Division of the National Polytechnic Institute and for nine years as a permanent Lecturer in the Tecnológico de Monterrey, which has been ranked within the top 50 business and management schools in the world (QS World University Rankings, 2017).

In New Zealand, Denis has also worked as a Lecturer in the Auckland University of Technology and as a Senior Lecturer in the Otago Polytechnic Auckland International Campus. In addition, he is a Facilitator in the case method (University of Western Ontario/Tecnológico de Monterrey). Denis has lived in six countries for at least a year each and has offered his services on a full time voluntary basis for a total of more than five years in four countries, including time spent in an eco-tourism project in Lachatao, a community-based indigenous territory in the Sierra Juarez of Oaxaca, Mexico, and Prasad, a rural development programme in Maharashtra, India.

Denis’ research explores the social and economic pillars of sustainability by looking at micro-businesses with access to microcredit in developing countries. Through surveys collected in poverty settings and quantitative methods, such as structural equation modeling, he has measured microfinance performance in terms of loan repayments and capital (social, human and financial) creation and examined how performance is affected by group and community processes.

Also in the context of microfinance and micro-business performance, Denis investigates the influence of the gender composition of groups, the physical environment (rural and urban) and loan methodology (individual, solidarity and village bank loans).

He has presented his work in various international conferences and published in the Journal of Business Research, the Best Paper Proceedings of the Academy of Management and the Development Bulletin. In addition, he reviews for Cross Cultural and Strategic Management and has reviewed in the Journal of Business Research, Journal of International Development, Behavioural Public Policy, Enterprise Development and Microfinance and Naturaleza y Desarrollo.