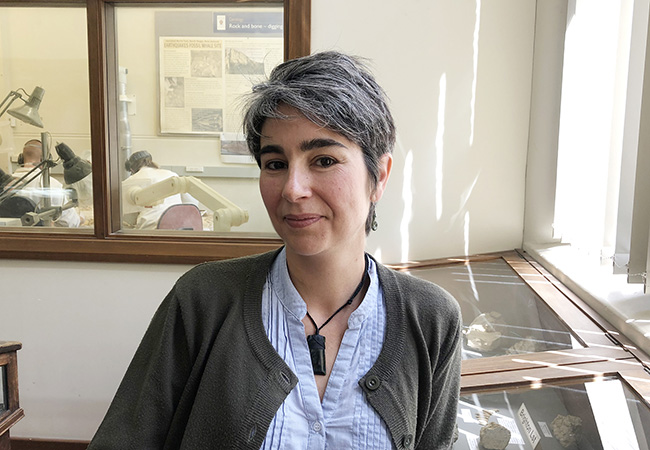 New research from the University of Otago has found the sensitive West Antarctic Ice Sheet collapsed during a warming period just over a million years ago when atmospheric carbon dioxide levels were lower than today.

Using biomarkers to reconstruct past ocean temperatures, and through ice sheet computer models, the study published in Quaternary Science Reviews shows that the accepted maximum global warming of 1.5°C under the Paris Agreement could lead to a runaway retreat of the West Antarctic Ice Sheet.

“Our work shows that very mild ocean warming, like what is happening right now, was the precursor of past ice retreat and that we should really worry about it today,” lead author Dr Catherine Beltran says.

The seven-year study led by Dr Beltran of Otago’s Department of Marine Science and Department of Geology, is the first ever study that uses molecular paleo-temperature tools to successfully reconstruct sea surface temperatures (SSTs) for the Southern Ocean surrounding Antarctic for this geological period when atmospheric CO2 was low.

Dr Beltran and her team used molecular biomarkers (molecular fossils) which hold an accurate imprint of ocean temperatures, allowing reconstruction of SST's with the precision of about 1°C.

The study found that one million years ago in the ocean surrounding Antarctica, the summer ocean temperature was on average 5°C (±1.2°C) warmer than today.

The simulations highlight the sensitivity of the Antarctic ice sheet to ocean warming including a minimum of 2.5m sea-level rise in the first 200 years of ocean warming.

“Our work highlights the sensitivity of the Antarctic ice sheets to even minor natural changes in ocean temperature in the past.

“The atmospheric CO2 in the last few decades have trapped extra heat in the oceans which has increased the odds of a runaway ice sheet dramatically. The geological record shows us that once it has started it is very hard to stop.”

Dr Beltran says there is increasing interest in how Antarctica’s ice will respond to current warming trends, but the Southern Ocean remains the least explored and the least understood ocean in the world and more studies should focus on determining its past evolution.

Dr Beltran is currently setting up New Zealand’s first Organic Geochemistry Research Laboratory dedicated to paleoclimate studies at the University of Otago, which will support a wide array of research including Otago’s contribution to significant Antarctic Science Platform projects over the next five years.