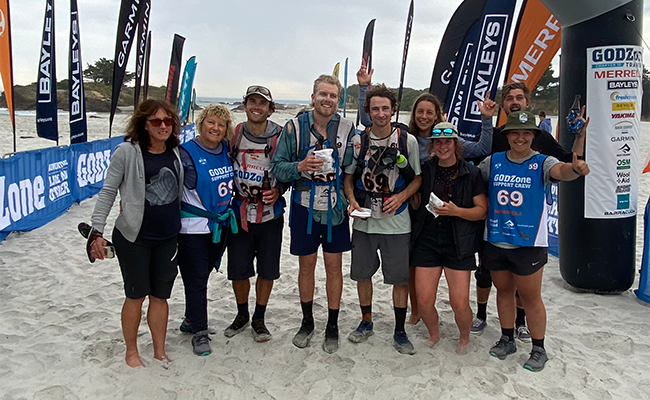 Team Otago University with some of its supporters at the finish line at Brighton Beach. Photo supplied.

“I never thought I would have been able to stay awake for 36 hours, trek, bike and cover such big distances,” Otago University Master’s of Marine Science student Blake Hornblow says.

But this is exactly what he and his three teammates found themselves doing recently when they competed in GODZone Adventure Race 2022.

Blake and his brother, Quinn Hornblow, and their friends Emma Bateup and Nick Pascoe competed together as team Otago University.

The four teammates all enjoy spending time in the great outdoors and were keen to tackle the challenging journey that lay ahead.

It was not the kind of trip you would do with your friends just for fun, Blake says, and the race format gives you the chance to push your limits and see what your body is capable of.

The 710-kilometre-long race began in Jackson’s Bay on March 3, and saw the team make their way through some of New Zealand’s most remote back country before reaching the end of the race in Dunedin. 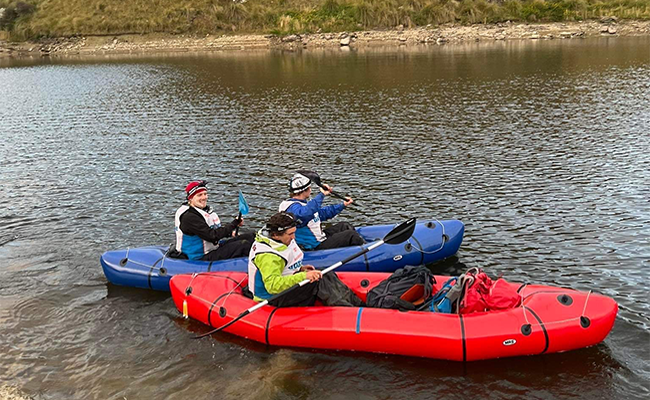 Blake and his teammates were no strangers to spending time in the great outdoors. Photo supplied.

“There was packrafting – like rafting but the boat folds up into your backpack, trekking, occasionally running but not much because your bags are so heavy. There’s mountain biking, canoeing and sea kayaking. The stages are long so you are always looking forward to the next stage and changing to the next activity.”

Their course followed few roads, and the team relied entirely on maps and compasses for navigation.

There was a lot of good energy around the race, and it was a chance to “test yourself against the natural environment”, Blake says.

However, the event wasn’t without its tough periods.

“The lows are always in the dark at 1am, and it’s cold, and it’s raining,” Blake says. 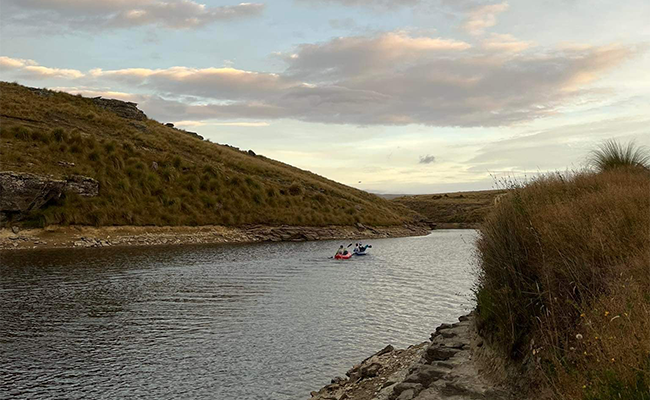 The team hiked, biked, trekked and paddled its way from the West Coast to Dunedin. Photo supplied.

To get through those moments, he would think about the support crew meeting them with smiles, hot food and gear for their next stage.

“I would be thinking about what food they’ve made, and wanting to do them proud.”

Unfortunately, during stage three Emma hit her head and suffered a bad concussion. The team called in a helicopter so she could get treatment.

“I was glad Emma was going be ok, but it was tough. It felt like the race was over.”

After this set back the team was short coursed and missed stages 4 and 5, with a 24 hour stand down period. 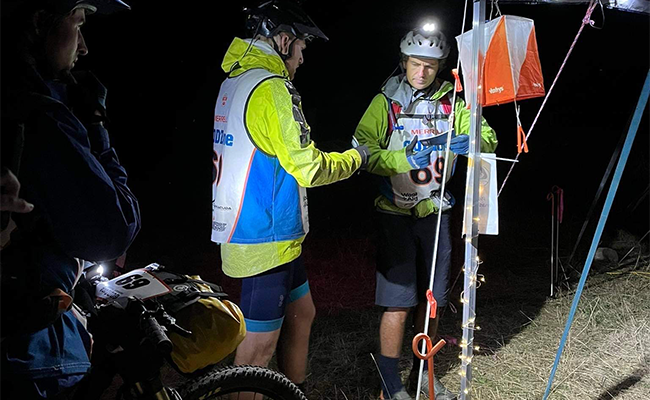 Maintaining a good attitude while racing was important to Blake. Photo supplied.

Down a member, the team pushed on from stage 6, crossing the finish line at Brighton Beach. Emma has since made a recovery.

To anyone contemplating doing one of these races, Blake says go for it, you will learn so much about yourself and your limits. However you should think carefully about your team, and really consider the extreme circumstances you will be in together.

“Adventure racing is the ultimate team sport. Teamwork is so important because you’re constantly helping each other. The roles are always changing, if someone feels tired or sore you’re going to carry their gear for them. And when you feel down, they’ll help you.”

Keeping a good attitude is crucial to success, he says.

“Stay positive and happy, and tell a few jokes, otherwise it can get a bit grim.”