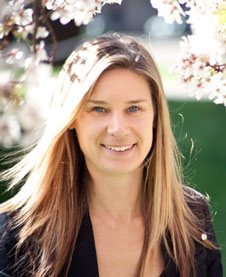 A newly released University of Otago study of consumer lifestyles suggests many Kiwis have become thriftier and more closely aligned with traditional values in the wake of the global financial crisis (GFC). The study also indicates a growing concern for the environment and sustainable consumption.

The national survey of 2036 New Zealanders was conducted in late 2013 by the Consumer Research Group in the University’s Department of Marketing. The Department produced similar consumer lifestyle reports in 1979, 1989, 1995, 2000 and 2005.

The study’s lead author, Dr Leah Watkins, says the survey’s aim was to provide insights into the lifestyles, consumption patterns and choices, and behavioural trends of New Zealanders.

“We looked at societal trends and attitudes, including changes in the ways people consume things, and changes in consumer segments identified in our previous reports,” Dr Watkins says.

The latest study, which is based on responses to almost 600 questions covering people’s activities, interests, opinions and demographic characteristics, identifies the largest changes since the 2005 survey as:

“In our study we suggest that these topics may be linked to the global financial crisis and its impact on consumer spending power—and a perception of targets for government spending such as social welfare being relatively more deserving in the current economic climate,” Dr Watkins says.

“The latter change includes greater agreement with propositions that ‘by returning to the standards of our grandparents, New Zealand would be a better place to live’ and ‘obedience and respect for authority are the most important things children should learn’,” she says.

Dr Watkins says that underlying the major changes identified appears to be a greater concern for the environment and sustainable consumption, less benevolent attitudes to business and changing priorities in relation to government spending and responsibilities since the last survey in 2005.

“While New Zealanders have arguably been sheltered from the most serious consequences of the GFC, the increased emphasis on frugality and resourcefulness, and the generally negative attitudes to business can be seen to be consequences of it,” she says.

The Disengaged and New Greens are new segments that do not align with any of those identified through the 2005 survey, Dr Watkins says.

Along with only buying from environmentally responsible companies and choosing eco-friendly products—even if they do not work as well as others—the New Greens segment also believes that New Zealand would be a better place to live if we returned to the standards of our grandparents and thinks that courts should be tougher on lawbreakers. They are more ethnically diverse than other segments.

The Disengaged are more likely to be male and New Zealand European than other segments, have little concern for the environment and sustainability, and were the least likely to volunteer or give to charity.

“We found that people in this group are relatively unaware of, and have little interest in, social and political issues. Their educational achievements are most likely high school qualifications. They are not concerned with making the most of their resources and will not hold off on purchasing items in order to save money,” she says.

The Progressives, which form the largest segment, are in many ways the polar opposite of the Disengaged, she says.

“Progressives have a higher number of women and the majority of this segment is aged between 55 and 64. They are characterised by left-leaning political beliefs, strong community involvement, concern for social welfare and equity issues and support for greater environmental protection.

“They have strong beliefs on certain subjects. For example, they firmly believe that advertising to children is unacceptable; however, they believe that smacking is an appropriate way to discipline children.

“Progressives are comparable to the Educated Liberals we identified in the 2005 Lifestyles Study, but have increased in size from 9.7% to 20% of the sample. In particular, concern for the environment, concern for others, and living a healthy lifestyle are hallmarks of these two groups.”

New Zealanders’ satisfaction with life down on 2005

Previous studies found that, in international comparison, New Zealanders’ subjective Quality of Life is lower than expected, a trend that continues in the latest study. On average, New Zealanders report a Satisfaction with Life as a Whole of 66% (compared to 69% in 2005). Personal Wellbeing—a concept consisting of seven life domains capturing various aspects including Satisfaction with Standard of Living, Personal Achievement, Personal Relationships and Future Security—shows similarly low results (63%, compared to 67% in 2005).

A PDF of the report, titled “Change, Challenge and Choice” is available at http://www.otago.ac.nz/marketing/otago121778..pdf