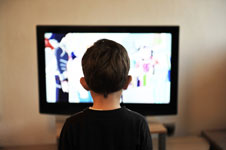 The majority of New Zealanders believe that advertising to children is unethical and that television advertising to pre-schoolers should be banned, new University of Otago research suggests.

The findings emerge from research by the Children and Marketing research group in the Department of Marketing into public and parental perceptions of TV advertising and are published in the September issue of the International Journal of Consumer Studies.

The research also reveals widespread concern among parents that advertising to young children positions them as consumers, promotes materialism, and encourages consumption as a social expectation.

“Pre-schoolers are considered especially vulnerable as they don’t yet have the cognitive abilities to understand the purpose of advertising and are more susceptible to being influenced by it,” Dr Watkins says.

In their first study, the researchers included three related questions in a nationally representative online survey of New Zealand consumer lifestyles. This study gathered responses from 2059 participants on a range of attitude, opinion and behaviour questions.

The Otago researchers’ second study examined parental concerns about and attitudes toward television advertising and involved a survey of more than 500 parents of pre-school children.

When the statement “Television advertising aimed at pre-school children should be restricted” was put to the parents, 82 per cent agreed or strongly agreed. Fifty-six per cent agreed or strongly agreed that TV advertising to these children should be banned, mirroring the level of support for this move found in the survey of the public.

Eighty per cent of those surveyed agreed or strongly agreed that parents have overall responsibility for deciding what advertising their children are exposed to with 60 per cent reporting that they deliberately limited their pre-schoolers’ advertising exposure.

How much television are pre-schoolers watching, and when?

The median viewing time for pre-schoolers was 1-2 hours during the week and 2-3 hours at weekends.

Dr Watkins says that while the television industry self-regulates by banning advertising between 6-7am, 8.15-10am and 2-3.30pm on weekdays, the researchers found that there was little overlap between these times and pre-schoolers’ actual viewing habits.

“These children were primarily watching between the hours of 6-9 am and 3-7 pm on weekdays with peak viewing times reported as 7-8 am and 4-5 pm. Industry self-regulation is clearly out of step with the reality of pre-schoolers’ viewing habits and the level of advertising restriction that parents desire.”