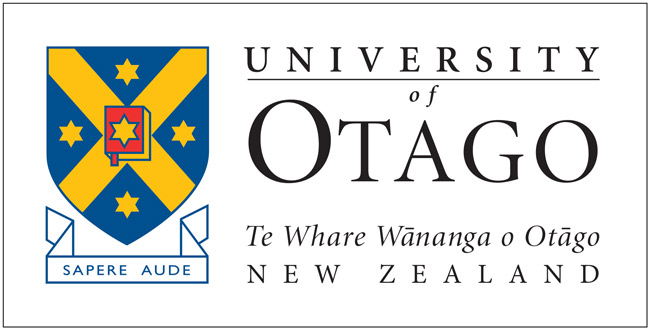 The current University of Otago logo.

Logo in a changing world

University Design and Brand Manager Luke Calder says there are several forces driving the review, the first being that the environments in which the Otago logo has to perform have changed considerably in recent years.

“We need a logo which works effectively on a variety of platforms, from iPhones to billboards and newspapers. Our current logo was created before some of these digital environments even existed.”

"Our current logo was created before some of these digital environments even existed."

The second force is that there are currently a number of different logos being used by different areas of the University.

“The presence of these alternatives creates confusion amongst our audiences and dilutes the value of the University brand,” Mr Calder says.

“I’m not anticipating any significant change to the key elements in the current logo and the research we are undertaking will clarify this. It’s more around having a consistent and effective visual identity for the University that works well in the broad range of media formats we operate in.”

The review will begin with the development and implementation of an online survey that will be sent out to staff, students and alumni seeking their views on the University brand and what it stands for.

The survey, which will be undertaken with help from students and staff of the University’s Department of Marketing, will be issued before the end of this month.

Marketing Office Head Lindy Wilson says everyone’s views are important and she encourages people to participate in the survey and have their say.

The opinions discovered in the survey will be used to guide the production of a brand positioning document – which will then form the foundation for any proposed changes to the Otago logo.

"This project is to be delivered entirely using internal resources."

Alongside this, the Marketing Office will undertake a review of all current logos in use and make arrangements to talk with key staff from different areas of the University about their logo requirements.

“This project is to be delivered entirely using internal resources,” Ms Wilson says. “Unlike other organisations that have contracted the services of external consultants to carry out reviews of this nature, the Marketing Office feels that the best people to drive and achieve the right result are the University staff and key stakeholders themselves.”

It is hoped that by the end of this year the University will have a suite of logos ready for final consideration, after which the approved logos will begin to be rolled out across the University. This implementation will take a phased approach.

“It’s about finding solutions that meet as many needs as possible, both from a technical perspective and branding requirements,” Mr Calder says.

Regular updates on progress will be provided through the Otago Bulletin Board and through presentations to broad staff groups.

Some of the University of Otago’s logos over the years.

The University of Otago logo underwent its most significant change in 1991 to comply with ‘modern heraldic standards’. This coincided with the introduction of computers to the graphic design industry.

In 2008 a landscape version of the University logo was developed, followed soon after by the addition of ‘New Zealand’ to both the landscape and portrait logo formats.

Now, as technology continues to develop, the logo must be reviewed for use on smart phones, tablets and future devices.