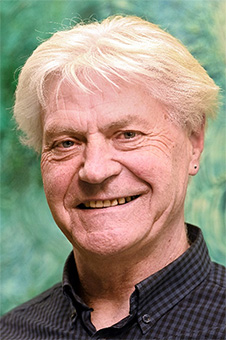 Robert joined the Department to teach advertising, branding, communications and media-related marketing issues after previously lecturing in Media and Cultural studies in the UK.

Robert's current research focuses on two major areas. The first is marketing to children and, in particular, the ways in which commercialisation and the promotion of materialistic values are influencing the nature and experience of childhood. His recently co – authored paper in the Lancet-Planetary Health, investigated the commercial brandscape of children and provided evidence of their commercially saturated environments. The second is in relation to sustainability and consumption and how areas such as corporate social responsibility and business ethics can reconcile the tensions between business imperatives to make profit and social concerns to protect resources. His papers on organic food labelling and envisioning, develop these ideas and suggest ways in which a sustainable consumption future can be achieved.

Other areas of research interest include branding, and, in particular, place branding and the ways in which ownership and the representation of meaning are negotiated. He is also interested in culture and identity, ideology and hegemony, audience theory, symbolic consumption, popular culture, not-for-profit business, social marketing and service dominant logic (SDL).

Robert was a prime mover, along with Associate Professor David Ballantyne, in establishing the Otago Forum. This international gathering of invited scholars discussed the implications for marketing of the newly emerged Service Dominant Logic (SDL). Papers from the first Forum are available in the Special Issue of Marketing Theory (v.6:3) for which Robert was lead editor.

Leading papers from the second Forum focusing on the practical implications of SDL are available in the journal, Industrial Marketing Management. Robert co-convened the third Otago Forum which considered SDL and its role in a complex, changing and chaotic world the best papers from which were published in a Special Issue of the Journal of Marketing Management for which Robert was lead editor.

Robert is the proud co-recipient of the Judges and the People’s Award for Best Film at the 2009 European Association for Consumer Research Conference and is looking forward to his next videographic research project.

Robert is in his third term as Chair of Age Concern, Otago and as an Executive Board member of Age Concern, New Zealand where he is Chair of the Finance and Communications Committee. In this capacity, Robert is leading the re-branding of the organisation. Robert is also an Executive member of the Otago Third Age Trust. In 2020, Robert was elected to the Chair of Consumer.org. This appointment has provided the perfect opportunity for Robert to contribute his research expertise and social business commitment to championing the rights of consumers.

When not at University, Robert likes to watch football, savour the occasional Guinness, listen to Van Morrison and follow the precarious struggle for survival of the New Zealand Falcon/Kārearea.