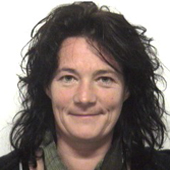 Title of research: Online Dating: The relationship between self-identity, self-disclosure and success

Online dating has emerged as one of the most widely used applications on the internet, yet only a small number of studies have focused on online daters who have met and developed successful relationships with partners from an internet dating website. In this environment, online daters must become their own marketing managers in terms of creating their own advertising campaign which ensures they are presenting a self which appears both attractive and desirable, yet at the same time is genuine and honest. Using grounded theory and subjective personal introspection, my research investigates the role that self-profiles play in online dating sites as informed by twenty two individuals who met their current partners on a dating site.

Henry, J., Thyne, M. and Lloyd, N. (February 2010) “‘$100 for a round of golf? I’ll organize it myself thanks’. How do cruise passengers decide on their shore excursions?” Paper presented at the International Cruise Conference, Plymouth, United Kingdom.