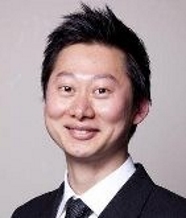 Sam grew up in Mainland China. Working for a shipping company, he was relocated to Hong Kong in April 2007. Hong Kong has continued to prosper as an extremely fast-paced and competitive economy after it became a special administrative region of China. For better career prospects, Sam enrolled in a part-time two-and-a-half-year master's degree in Logistics at the Hong Kong Polytechnic University in 2008. On top of his already busy schedule at work, part-time study turned out to be overwhelming.

At the same time, Sam was inspired by a strong desire for more international experience beyond that offered by his work and study in Hong Kong. It also occurred to him that going overseas to advance his knowledge in business would give him a wider perspective and better career advantage than he could have achieved studying locally. Additionally, it would give him a break from work. Pursuing an MBA programme came to mind as it would enhance his previous eight years' work experience and scale up his skill set for a brighter future career.

In early 2010, Sam started searching for an MBA programme. After thorough research, he found that the Otago MBA met all his needs – a programme that is academically rigorous, steeped in practical application and complete with a professional development programme. Yet compared with the MBA programmes in North America and Australia, those in New Zealand are relatively affordable and excellent value for money.

He also compared the MBAs at the Universities of Auckland and Otago, commonly recognised as the two top universities in the country. Auckland offered only a part-time MBA which required over two years to complete, while the Otago MBA stood out as it could be completed full-time in as little as 15 months. With the online electives, he could resume work in just over a year. He eventually chose the Otago MBA for its reputation, affordability, and flexibility.

A prestigious programme in a vibrant campus city

The Otago MBA proved to be the right choice. It offered a world-class programme in the middle of pristine natural beauty as described by the national slogan, '100% Pure New Zealand'.

"Although I graduated in May 2012, life back at the Otago MBA is as vivid as yesterday. First, the academic curriculum is taught by renowned professors. Second, a team of committed MBA staff organised various social network events to help students mingle with the local business circle. Third, there is a mentor program that allows students to build up relationships with business professionals and assimilate into life in Dunedin. Fourth, living in Dunedin is a bonus since it is a friendly town where residents accommodate newcomers from all over the world," says Sam.

Otago MBA lay the foundation for a successful business in China

After graduation from the Otago MBA, Sam gave up job offers in Dunedin and returned to his hometown Zhongshan due to family reasons. Having been away from Mainland China for almost six years, Sam experienced reverse culture shock but he felt very confident.

He quickly mapped out a strategy and implementation roadmap, which was exactly what he learnt from the strategy paper at the Otago MBA. By leveraging his overseas educational background he decided to start a business in tutoring students for IELTS exams. As a first step he worked in the industry for a year to see how the business was run.

In May 2014, Sam set up the ProgressEnglish tutoring centre. The business thrived and grew steadily. Sam attributed this to the business skills that he has learnt and the toolkit he picked up at the Otago MBA – including soft skills such as networking and maintaining a positive attitude to hard skills such as financial analysis, marketing, and sales techniques, as well as strategic planning and implementation.

Sam looks ahead with great confidence.

"It is a great start for my business journey. Down the path, I aim to expand the scope and diversify my business. With the skill-sets I have gained from the Otago MBA, I will keep scaling new heights."