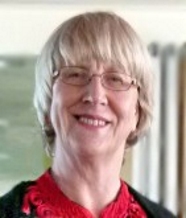 In 2003, Wendy started her life of jet-setting. After years of living in small cities in New Zealand, she felt a strong urge to travel and experience life in big cities. She took a big step moving to China. During her three years in China, Wendy worked in Suzhou, Changzhou and Shanghai, training teachers to teach the English language.

Moving on to more adventures, Wendy decided to head to Africa and to understand the Islamic religion. Around that time, Sudan had entered into a comprehensive peace agreement. One of the clauses was to have their law written in both English and Arabic. She became an academic manager of English training in Sudan.

To progress onto higher positions in larger organisations, Wendy felt the need for further academic qualifications.

Some of the reasons Wendy chose the Otago MBA:

Highlights and benefits of the Otago MBA programme

"If I had to undertake an MBA all over again, I would still choose Otago MBA."

Wendy enjoyed the camaraderie in the Otago MBA class. To this day, the class still keeps in touch through social media. Also, the multicultural environment further prepared her for the new social-cultural environments she had to work in.

It took a bit of adjustment to get back to study life. According to Wendy, the interesting Organisation Leadership classes conducted by Julia were what kept her on the programme. She found both this paper and the Operational Excellence conducted by Richard the most useful when she returned to the work place. There were a lot of management concepts and she believed it changed her leadership style for the better. As a testimonial to this, she was voted top for leadership in the ChildFund Organisation in 2014 where she is now working as Director for Afghanistan.

Wendy admitted that quantitative analysis was a challenge to her. In spite of this, she learned a lot from the statistics, finance and economics classes which she has been able to apply in her decision making. She has also put risk management analysis into good use, especially when she had to start a new project in different areas of Afghanistan.

Like many of the other Otago MBA alums who have undertaken business projects in their area of career interest, Wendy's project topic was in Ethical Funding and Social Responsibility.

Wendy was headhunted into senior positions with NGOs the minute she graduated. She became the National Director of the Afghanistan ChildFund Organisation, managing 200 staff. The ChildFund organisation helps marginalised poor children.

Wendy believes that the biggest benefit of the Otago MBA education is the confidence it has given her.

She was able to turn around an operation that was nearly shut down – growing the funding from zero to US$4 million, with a four-fold increase in staff and three major projects.

Wendy has discovered that people are her passion. After Afghanistan, she wants to continue her work in more peaceful countries.

Further into the future, she hopes to become a NGO consultant, where she can share her valuable experience with others who will be working in similar capacities.

"Don't let age hinder you," said Wendy. She had never felt the age difference although she had younger classmates in the MBA class.