Research led by Dr Simon Jackson and Professor Peter Fineran, from the Department of Microbiology and Immunology, investigating the function of bacteria immune systems and what impact they have on the co-evolution of bacteria and viruses was published recently in a top tier scientific journal, Cell Host and Microbe.

Viruses infecting bacteria are called bacteriophages (“phages” for short) and are the most abundant biological entities on the planet influencing many aspects of our lives and the global ecosystem.

Dr Jackson says the war between phages and bacteria is ever-present and many bacteria protect themselves using immune defences known as CRISPR-Cas systems. 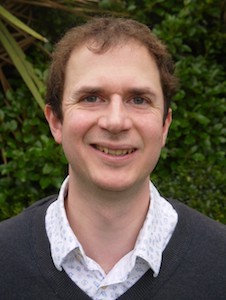 “Research to understand more about the interactions between phages and bacteria, particularly how bacterial CRISPR-Cas immunity functions, is being exploited internationally in many ground-breaking biotechnological applications including gene editing,” Dr Jackson explains.

“We think this area of research holds a lot of promise for biotechnology applications and might also be an important consideration for the use of phages to treat infectious diseases.

“For example, because phages kill specific bacteria, they can be used as alternatives to antibiotics to treat some infectious diseases and can even kill antibiotic resistant bacteria.”

Bacterial adaptive immunity is similar in concept to human adaptive immunity. Bacteria must first become “vaccinated” against specific phages, which involves the bacteria storing a short snippet of viral DNA, termed a “spacer”, used to recognise and defend against future infections.

In a previous study examining how CRISPR-Cas systems acquire spacers, the Otago research team found that often bacteria acquire “incorrect” spacers, known as “slipped spacers”. At the time, they did not know whether the incorrect or imprecise slipped spacers were functional. 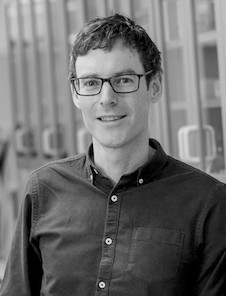 Professor Fineran, a molecular microbiologist, says their initial observations were surprising and showed these slipped spacers were very efficient at boosting bacterial immunity by stimulating bacteria to acquire extra spacers targeting the same phage. This unexpected role increases immune diversity, which is important for bacteria to protect against the rapidly evolving phages.

“Several groups had previously identified the occurrence of imprecisely acquired or slipped spacers. However, no-one had previously considered whether they were functional or what impact they might have on immunity,” Professor Fineran explains.

“By showing they are functional and can provide benefit to bacteria, we have revealed an unexpected complexity to the evolutionary battle between bacteria and phages.”

If, in the future, researchers can determine how immunity is first gained, they may be able to either prevent or promote it for different applications, Professor Fineran says.

“For example, in the dairy industry for the production of cheese and yoghurt it is beneficial for bacteria to have resistance against phages, whereas if phages are used as antimicrobials, emergence of immunity would be undesirable – akin to antibiotic resistance.”

Dr Jackson carried out the work as part of his post doctoral research under the supervision of Professor Fineran who was last year awarded the United Kingdom Microbiology Society’s 2019 Fleming Prize.  The prize is awarded to an early career researcher who has achieved an outstanding research record; it is named after Nobel Prize winning scientist, Sir Alexander Fleming.