Support for a ban has strengthened considerably since the same question was posed in a Colmar Brunton survey nearly two decades ago (when there was also a majority in favour of a ban). In the latest poll, although some were undecided, less than one in six adults now think DTCA should continue. 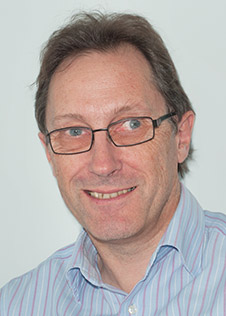 New Zealand is out of alignment with all other developed countries (excluding the US) which prohibit such advertising directly to the public.

Decisions on medication that can influence long-term future health for better or for worse should be based on an understanding of evidence, realistic expectations and advice tempered with experience, not advertising spin.

The misleading method of marketing our most powerful and potentially most harmful medicines should be banned. The Consumer NZ poll, provides confirmation of strong and growing public support for a ban, and is timely. At the moment, a rewrite of the therapeutic products legislation (including the current Medicines Act) is nearing its conclusion. This presents a once in a generation opportunity to bring New Zealand in line with all similar countries by banning DTCA.

We urge all political parties to listen to the growing public opposition to these ads, to the consistent expert opinion on their harmful effects, and to familiarise themselves with the large body of international evidence and the bans on DTCA elsewhere. We need to take this opportunity to correct a longstanding historical anomaly, one brought about not by deliberate choice but by regulatory neglect. In New Zealand there have been numerous public consultations on DTCA going back decades. Each time the majority of submissions both from the public, their advocacy groups and from health professional organisations have urged DTCA be banned.

National advertisements for prescription medicines in New Zealand regularly oversell benefits whilst minimising or suppressing well known harms - sometimes lethal ones. NZ ads for the anti inflammatory and weight loss pills Vioxx® and Reductil® had been approved by the industry’s self-regulatory processes, right up to the time these medicines were withdrawn by the manufacturers worldwide. Extensive advertising overrode the fact that PHARMAC did not fund them. Without this direct advertising to the public, far fewer New Zealanders would have been exposed to these two medicines and suffered harm.

The extent of DTCA in New Zealand and in the United States has increased enormously since it began. Figures from the States suggest advertising spend had risen to NZ$9 Billion annually by 2016 as this direct advertising is seen by the pharmaceutical industry as a very good return on investment. Despite attempts to regulate, the United States Food and Drug Administration (FDA) which is charged with overseeing advertising has been overwhelmed by sheer volume. There were reportedly 4.6 million direct-to-consumer adverts in the US in 2016. Several recommendations from the FDA for improving the ads have been largely ignored.

Despite there being support for a ban of DTCA from a previous government in 2003, until now there has been insufficient cross party political support for a ban. However, there is now a window of opportunity to correct this regulatory omission through the current legislative rewrite.

This latest Consumer NZ poll demonstrates there is a clear mandate to ban DTCA of prescription medicines in New Zealand. Along with almost all health professional groups and consumer advocate organisations, we urge politicians from all political parties to correct this longstanding anomaly by bringing us in line with the rest of the world. The public deserves no less.