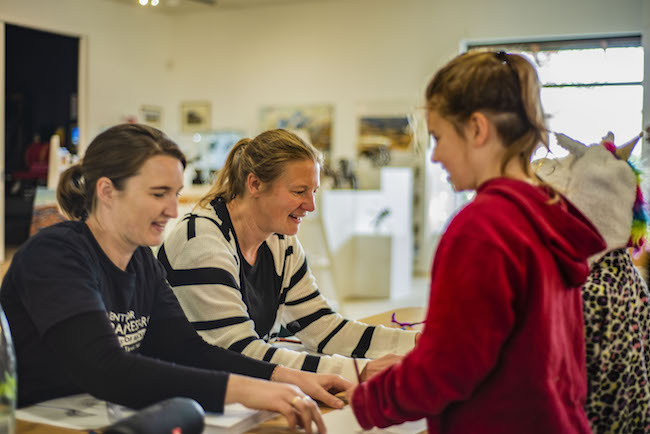 Brigid Ryan and Katie Peppercorn show children how the two sides of the brain work together by drawing circles.

Children in Central Otago learned about the wonders of the human brain earlier this month, thanks to an initiative by Brain Research New Zealand.

Being Brainy aims to teach primary school children about how the human brain works using hands-on activities and experiments, and also introduces them to New Zealand neuroscientists and their research. 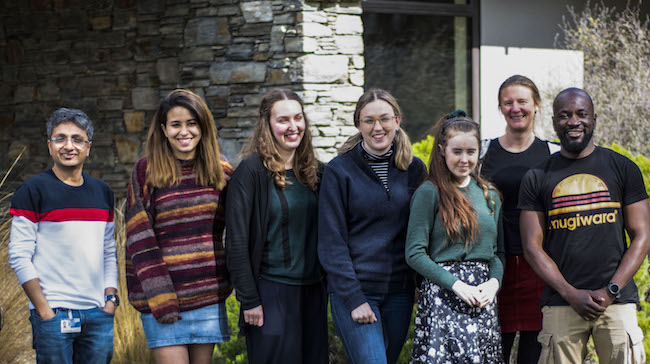 “The kids really loved the activities” Indranil said. These ranged from making neurons with pipe cleaners, drawing to highlight brain conditions such as apraxia or hemiparesis, to using jelly beans to learn about coordination between brain and movement. They also got to look at human brain samples while the neuroscientists explained human brain anatomy.

Indranil found the parents were interested as well. “One of the parents, who watched me doing the 'Objects in rice' activity [highlighting sensory loss in the brain], asked me the relevance of this activity. It turned out, she was recently diagnosed with a brain condition where she lost some of her senses, especially touch. We continued our conversation on the ongoing medical research in brain science and how we are trying to solve such brain diseases. She was very thankful about all the information.”

The event was planned by Dr Indranil Basak, Prof. Bronwen Connor from University of Auckland (who also leads the Being Brainy project), and Promil Sharma, Team Leader at the Alexandra i-SITE.

Several parents requested the Being Brainy event to return, so Indranil is planning for another event next year, possibly in more locations. He says that everyone who attended had a great time. “The overwhelming response that we received was immensely gratifying!” 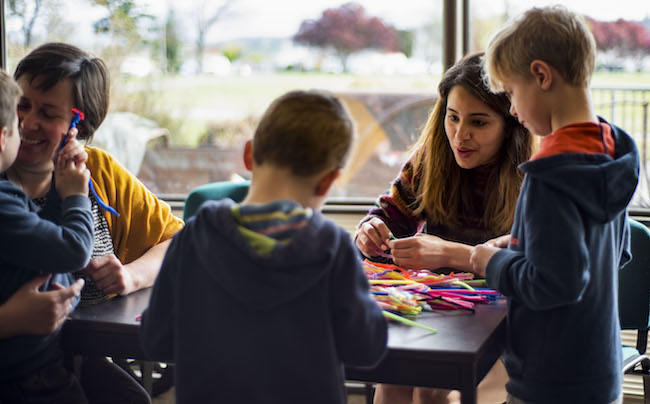 Aisha Sati shows children and parents how to make models of neurons with pipe cleaners.