A Message from the Dean 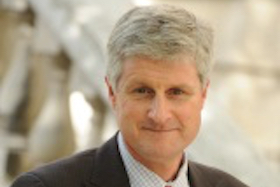 First, thank you to everyone for contributing to our outstanding success in gaining research grants so far this year, and for your ongoing commitment to generating from your research new knowledge, innovations, patents etc that benefit our communities and society in general. Second, thank you to all those who gave time, energy and expertise to preparing for the review of ALM, and thank you the panel members who provided us with insightful, constructive and helpful recommendations.

It is with great sadness and a huge sense of loss that we were informed of the passing of Professor Emeritus John Campbell on 22 August. John made a major contribution in his research and medical education activities, in his role as Dean of the Otago Medical School, in his leadership of the medical profession and as Chair of the Medical Council.

John graduated with his MB ChB from the University of Otago in 1969, and prior to coming to Otago he worked at the Cook Hospital, Gisborne, and in Canada, England, and for the Auckland Hospital Board. He began his career at the University of Otago in 1980 at the same time as being appointed as a Consultant Physician and Physician in Geriatric Medicine in Dunedin Hospital. He gained his MD in 1983 and was appointed as Foundation Professor of Geriatric Medicine in 1984. During the years 1988 – 1995 he served as Head of Department of the Department of Medicine, and from 1995 – 2005 as Dean of the Faculty of Medicine. John published extensively in the area of epidemiology of old age, with over 100 academic papers.

He served on numerous committees and expert panels, including as member of the National Advisory Committee on Health and Disability (1996 – 2002), Deputy Chairman of the Board of Health Committee for Health Services for the Elderly (1983-1988), Convener of the committee to develop hospital board service planning guidelines for the elderly, member of the Australian Medical Council Accreditation Committee (1997 – 2000), and member of the Expert Panel on Veterans’ Health (2009). He held technical advisor posts to WHO meetings in 1979, 1980, 1981, and 1984. Between 2003 and 2010 he was President of the Medical Council of New Zealand. During his tenure on the Medical Council he either convened or was a member of the Council’s audit, education, examination, health, and issues committees. He was regarded as a leader during the introduction of the Health Practitioners Competence Assurance Act 2003.

Notably, John was a strong advocate for the continued collaboration between the Hospital Board and its iterations and the Otago Medical School (does this sound familiar?). In 1997 he argued the benefits of having a medical school in Dunedin and was supported by both the Dean and Associate Dean of the Auckland Medical School. He was very active in medical education and, in 2000, with Chris Heath, he set up the Intercampus Network for Educational Development, the precursor to the current well-developed groups.

On behalf of the Otago Medical School, the Division of Health Sciences, and the University I convey our condolences and sympathy to John’s wife, Wendy, and to his family.

The Otago Medical School is consulting interested parties on the possibility of changing the graduation oath to the one used in the Declaration of Geneva (text copied below). Our consideration of this matter was prompted by Dr Stephen Child, the Chair of the New Zealand Medical Association (NZMA).

The NZMA believes that the evolving face of medicine today is a significant challenge to medicine’s traditional values of professionalism. Dr Childs notes that much has been written in recent years about the future of professionalism and the challenge of consumerism to the value of altruism. The NZMA believes that the profession should take every opportunity to dedicate itself to the core values from which stem the concept of trustworthiness based on the tenets of honesty, reliability and competence. The NZMA makes the argument that there is value in the commitment of future medical professionals to their entire medical profession both past and future.

Otago uses the oath in two contexts: it is read out in unison by the graduating medical class during their December graduation ceremony, and each student receives a copy the oath with their degree. The current graduation oath of the Otago Medical School has been in use for a long period of time and, so far as I am aware, has not received any adverse comment. While its wording is standard and in keeping with medical graduation oaths, it does not have international currency. The Declaration of Geneva (1948), on the other hand, is a living, dynamic document hosted by the World Medical Association, is an evolving Hippocratic Oath for our times, and represents a recommitment to altruistic endeavours.

I would very much value any comments you may have on the Otago Medical School’s proposal to change its oath to that used in the Declaration of Geneva. Thank you for taking the time to give this matter consideration. The text of the two oaths is copied below.

The Otago Medical School existing oath:
"I undertake as a graduate in medicine of the University of Otago, I will exercise my profession to the best of my knowledge and ability. I will respect the secrets, which are confided in me and maintain the utmost respect for human life. I will hold in due respect the honourable traditions and obligations of the medical profession and will do nothing inconsistent therewith. I will work for the good of all persons whose health may be placed in my care and for the public weal".

The Declaration of Geneva:

"At the time of being admitted as a member of the medical profession:

New UOC Dean
Professor David Murdoch has been appointed as the next Dean of the University of Otago’s Christchurch campus. He will replace incumbent Dean, Professor Peter Joyce, who retires in September. Read more...

Expressions of interest for the Associate Dean Medical Admissions

The Otago Medical School is inviting expressions of interest from current academic staff for the position of Associate Dean Medical Admissions. This position is 0.2FTE fixed-term for 3 years.

This position is available from 1 February 2017 although some overlap with the current Associate Dean, Tony Zaharic, is possible before his term ends on 31 January 2017.

The position would suit an academic staff member with an interest in admissions to Medicine, student advising and counseling. They will have excellent inter-personal skills.
An understanding of the Health Sciences First Year (HSFY) programme, the Medical programme (MB ChB), admission categories and admission regulations will be an advantage but training will be provided. A role description and an Expression of Interest application can be obtained from bruce.smith@otago.ac.nz.

This is an opportunity to play a key role in what is one of the most important aspects of the Otago Medical School’s business. The Associate Dean positions don't become available very often so please think about this carefully and feel free to contact Bruce Smith ph 5057 (bruce.smith@otago.ac.nz), Beth Stephenson ph 7423 (beth.stephenson@otago.ac.nz).

Enquiries and applications will be treated in confidence.

The Otago Medical School is inviting expressions of interest from current academic staff for the position of MB ChB Curriculum Map academic lead. This position is 0.4FTE fixed-term for 2 years and may be based on the Dunedin, Christchurch or Wellington campus. The start time for this position is negotiable but appointment can be made without delay.

The position would suit an academic staff member with a high level of knowledge, understanding and experience of medical curricula in general and of the Otago curriculum in particular. They will have excellent interpersonal skills and an ability to foster networks and collaborations as well as project management skills and attention to detail.

A role description and an Expression of Interest application Form can be obtained by contacting Bruce Smith (OMS Manager: bruce.smith@otago.ac.nz).

This is an opportunity to play a key role in what is one of the most important aspects of the Otago Medical School’s business.

Feel free to contact Tim Wilkinson ph 03 378 6272 (tim.wilkinson@otago.ac.nz), Bruce Smith ph 03 479 5057 (bruce.smith@otago.ac.nz), if you would like more information.  Enquiries and applications will be treated in confidence.

ELM to become The Centre for Early Learning in Medicine (CELM)

The OMS Executive recently endorsed a proposal to create the Centre for Early Learning in Medicine (CELM) in order to recognise the major contribution the first two years of the MB ChB make to the professional medical programme, at the University of Otago Medical School. Since its introduction in 2008, the ELM Programme has operated in a similar way to other Centres, but has lacked recognition as an academic entity responsible for the administration, management and development of its academic programme and professional development of its staff.

Grant Butt, the Associate Dean and Director for ELM, notes this is a very positive step for the MB ChB at Otago but there is more to come. The next step is to review the space needs of the ELM staff and provide them with a “home”. This will be the Centre for Early Learning in Medicine and will provide a focus for the students and staff associated with the programme, plus a hub for the development of innovation and research in medical education.

Students from Christchurch and Nepal are interacting via videoconference to share experiences in a world first. Fifth-year students at Patan Academy of Health Sciences (PAHS) go on six-month postings to remote rural hospitals. Medical school teachers began using teleconferencing for case-based teaching – or a virtual classroom - a few years ago to maintain contact and educational guidance with these student groups on remote placements. For more details and other Otago news see:  Otago Connection

Shaping the doctors of the future

The 2016 progress report has been submitted to the Australian Medical Council (AMC) as part of the on-going accreditation requirements for the Otago Medical School. The next comprehensive report will take place in 2018, which will entail a full review of the medical programme. Thanks to those who have contributed to the 2016 report.

A very distinguished panel of Australasian medical education leaders visited the medical school in early August to undertake a Quality Assurance Unit review of the MB ChB’s ALM years. The review team travelled across the sites and spoke to many staff members, students and other interested parties during the week to gain a thorough overview of ALM on which to base their report and recommendations. The ALM leadership team thanks those who contributed by making written submissions or speaking to the panel, and we look forward to sharing the final report with ALM staff when it’s released in the next few months.

OMS Administrator meeting as part of the General Staff Conference 2016

OMS administrators will again meet in Dunedin the day ahead of the General Staff Conference to discuss their role in the School, particularly around the MB ChB. This is the third time the admin day has been held, and such is its success that staff who can’t come down for the GSC are supported by their departments to attend the OMS day instead. First and foremost it’s an opportunity for staff who mostly connect via email and telephone to meet in person and have time devoted to dealing with specific issues. This year’s programme includes updates on core work like students and IT; personal development, and cross-campus brainstorming. The OMS meeting is on Wednesday 31 August, followed by the Otago General Staff conference 1-2 September. For details about the OMS Administrators' meeting contact: karin.warnaar@otago.ac.nz  phone: (03) 479 7700 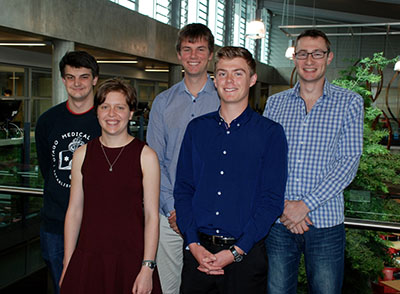 Announcing a new blog devoted to the Medical Humanities

Corpus: Conversations about Medicine and Life

Corpus links practitioners from a range of disciplines in conversation about health and illness. We publish a wide range of perspectives on health and medical practice, especially reflective or creative work which fleshes out the biomedical version of illness and disability. Our contributors include doctors, nurses and other health professionals, as well as historians, linguists, English scholars, classicists, poets, musicians, dancers and artists.