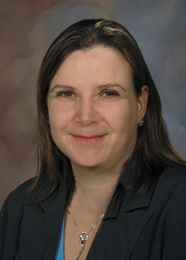 After completing her PhD in clinical pharmacology in the Department of Women’s and Children's Health, Catherine Sherwin has had many opportunities to excel in her field and to use her training to make a difference in the area of paediatric pharmacology.

She completed her project titled Clinical Pharmacology of Aminoglycosides in Neonates with Drs David Reith, Natalie Medlicott and Roland Broadbent. Her research lead to changes in treatment of newborns with aminoglycosides improving survival outcomes.

She was the recipient of the Freemasons of New Zealand Postgraduate Fellowship in Paediatrics and Child Health between 2007 and 2009 as a Postdoctoral Fellow.

Her exceptional training allowed her to be competitive and successful in receiving an NIH (T32) Fellowship Training Grant as a Postdoctoral Research Fellowship in the Divisions of Clinical Pharmacology and Pediatric Rheumatology at Cincinnati Children’s Hospital Medical Center, Ohio, USA. This project allowed her to be involved in the development of innovative personalized dosing algorithms in paediatric rheumatology of mycophenolate-mofetil (also known as CellCept) and corticosteroid therapy in children with systemic lupus erythematosus (SLE). Based on the work done in her postdoctoral training one of her manuscripts was nominated for British Journal of Clinical Pharmacology Prize for Trainees in 2012.

Her background prior to undertaking a PhD includes a BSc(Hons) in Toxicology and Immunology and nursing training with cardiothoracic ICU experience. These experiences afford her an in-depth understanding of the clinical needs and issues associated with clinical research.

She is considered by her peers to be an expert in pharmacokinetcs/pharmacodynamics and pharmacogenomic modeling for special populations such as neonates, children, and pregnant women.

She is currently an Assistant Professor at the University of Utah, Division of Clinical Pharmacology and the Director of Pharmacometrics for the Clinical Trials Office, Department of Pediatrics, Salt Lake City, Utah, USA. There, she is involved in the design, review and analysis of pharmacology studies and trials undertaken in special populations (paediatric patients, pregnant women, cultural/ethnic groups, patients with rare diseases, etc).

Catherine has been highly successful and continues to develop her knowledge and skills in her field. She completed the Pediatric Clinical and Translational (PCAT) Research Scholars Program, University of Utah (2011-2013) and received the Comparative Effectiveness Research Tuition Scholarship, T-CER Scholars Program from the University of Utah CCTS and Department of Pediatrics (2012-2013) while completing a Master’s of Science in Clinical Investigation in 2013.