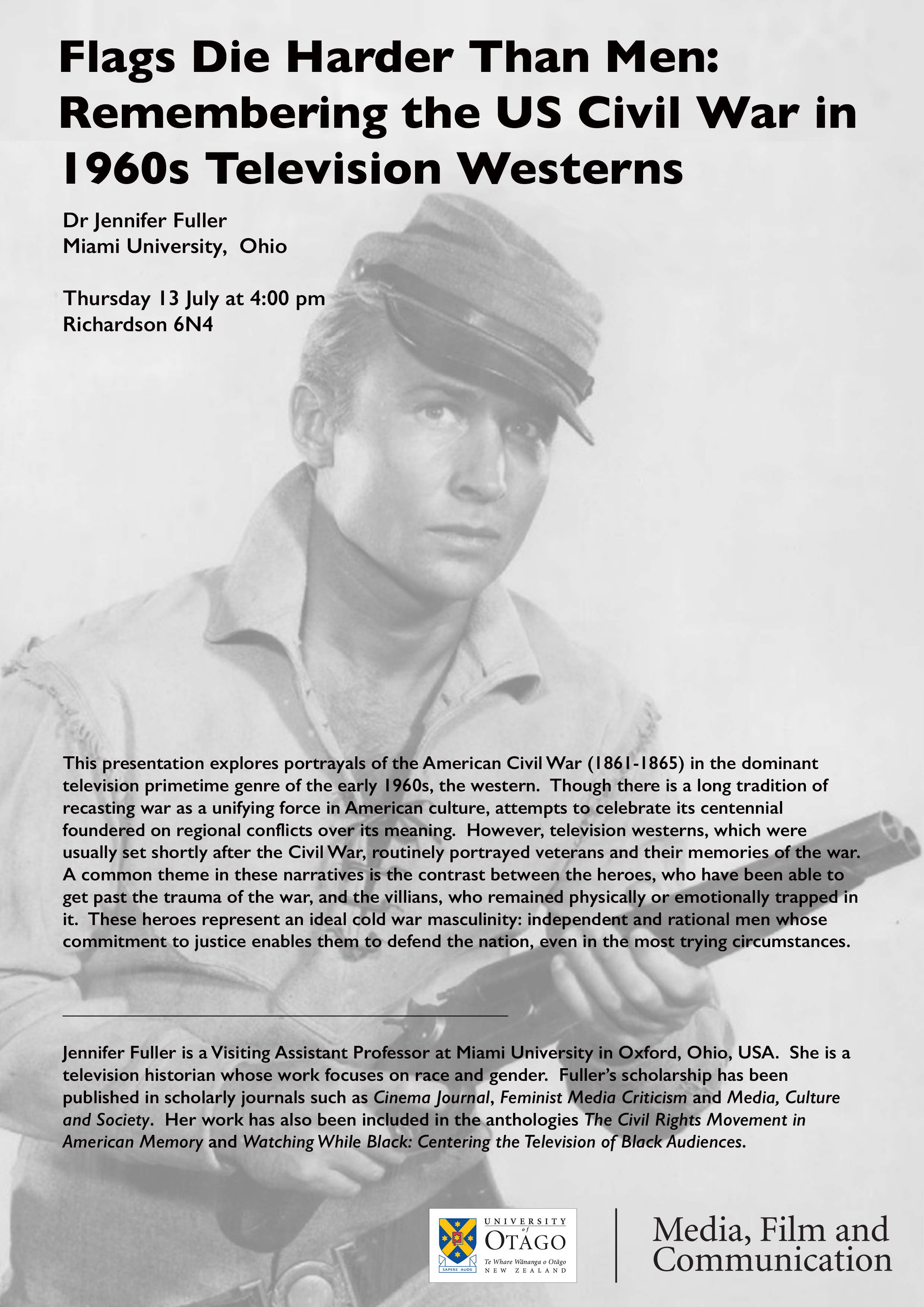 This presentation explores portrayals of the American Civil War (1861-1865) in the dominant television primetime genre of the early 1960s, the western. Though there is a long tradition of recasting the war as a unifying force in American culture, attempts to celebrate its centennial foundered on regional conflicts over its meaning. However, television westerns, which were usually set shortly after the Civil War, routinely portrayed veterans and their memories of the war. A common theme in these narratives is the contrast between the heroes, who have been able to get past the trauma of the war, and villains, who remained physically or emotionally trapped in it. These heroes represent an ideal cold war masculinity: independent and rational men whose commitment to justice enables them to defend the nation, even in the most trying circumstances.

Jennifer Fuller is a Visiting Assistant Professor at Miami University in Oxford, OH, USA. She is a television historian whose work focuses on race and gender. Fuller’s scholarship has been published in scholarly journals such as Cinema Journal, Feminist Media Criticism and Media, Culture and Society. Her work has also been included in the anthologies The Civil Rights Movement in American Memory and Watching While Black: Centering the Television of Black Audiences.