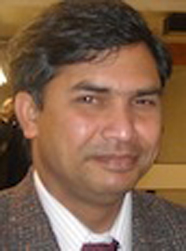 New Zealand Media Constructions of Islam and Muslims: An analysis of selected newspapers between 2005-2006

• Political Islam, Democracy in Islam and the Question of Co-existence, International Conference on The Role of the Study of Islam in the Western Universities, University of Otago, New Zealand, Held on 6-8 July, 2008 (paper presented on July 7, 2009)

• Constructing terrorism in the Western news media: a case study of a local newspapers in New Zealand, paper presented on July 11, 2008, in the International Conference on Terrorism in the Digital Age, Al-Hussein Bin Talal University, Amman, Jordan, July 10-13, 2008.

• Shah Nister Kabir (2011). “Islam, Democracy and the Question of Co-existence”. Journal of Islam and Civilisational Renewal, 2(3).